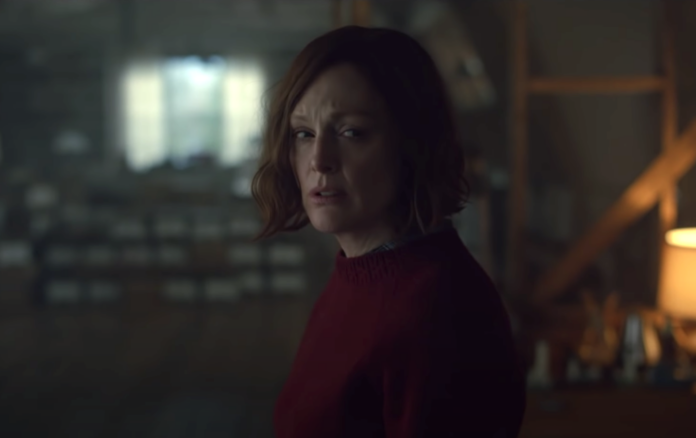 Stephen King has and always will be prominent in the realm of horror, but it has never meant more than right now in TV and the big screen, especially in the age of streaming. Apple has gotten into the King business with a series adaptation of Lisey’s Story, which the author will adapt and write every episode of himself.

Starring Oscar winner Julianne Moore, along with Clive Owen, Joan Allen, Jennifer Jason Leigh, Sung Kang, Ron Cephas Jones, and Dane DeHaan, the series is a deeply personal one for King as it drew inspiration from a particularly trying time in his life and marriage.

SYNOPSIS: “Lisey’s Story” is a deeply personal, pensive thriller that follows Lisey Landon (played by Moore) two years after the death of her husband, famous novelist Scott Landon (played by Owen). A series of unsettling events causes Lisey to face memories of her marriage to Scott that she has deliberately blocked out of her mind. Joan Allen, Jennifer Jason Leigh, Dane DeHaan, Ron Cephas Jones, and Sung Kang also star alongside Moore and Owen.

The talent on this one extends behind the camera, as well, with director Pablo Larrain (No, Jackie, Spencer) at the helm and JJ Abrams’ Bad Robot producing. Lisey’s Story hits Apple TV+ on June 4th, with new episodes airing each Friday.