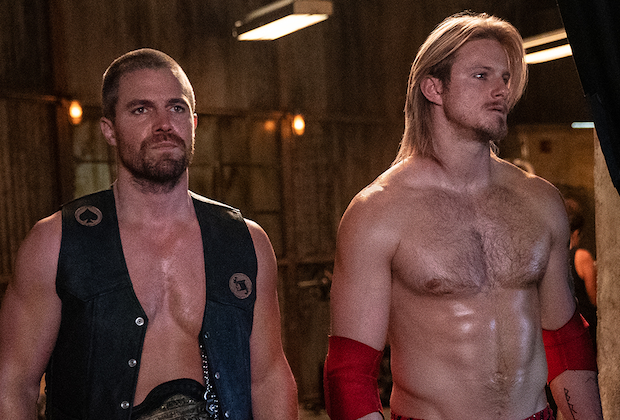 Some of you may have heard of Arrow star Stephen Amell’s forays into professional wrestling. But if you haven’t actually seen him in action? Let me tell you, if he wanted to be a wrestler he’d be one of the greats, that’s how amazing he was in the ring. For a while I actually thought he’d quit acting and join All Elite Wrestling with his pal Cody Rhodes, but instead Amell is putting his in-ring skills to use on the Starz series, Heels, which looks absolutely incredible.

The wrestling series stars Amell alongside Alexander Ludwig, playing small-town brothers attempting to make their dreams come true as professional wrestlers, with one as the “babyface” or good guy, and the other the “heel” or villain. 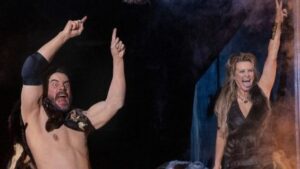 Michael Waldron, known for his work on Loki, Rick & Morty, and Doctor Strange in the Multiverse of Madness, created the series.

The drama series also stars Alison Luff as Staci Spade, Jack’s wife who learns that she has to contend with the emotional stakes her in-laws have invested in their wrestling goals and the demands it puts on her family; Mary McCormack as Willie Day, Jack’s business partner and the logistical brains behind the local wrestling organization; Kelli Berglund as Crystal Tyler, Ace’s valet, and love interest; Allen Maldonado as Rooster Robbins, one of the best wrestlers in the circuit who always has something to prove and always backs it up; two-time Super Bowl champion James Harrison as Apocalypse, a been-around-the-block journeyman wrestler who’s been at it for decades and has no illusions of fame or glory; and Chris Bauer as Wild Bill Hancock, a larger-than-life former wrestling star who is now a high-level pro wrestling scout.

Review: ‘Bad Boys For Life’ Wants To Be The Next ‘Fast & Furious’, And That’s Perfectly Okay