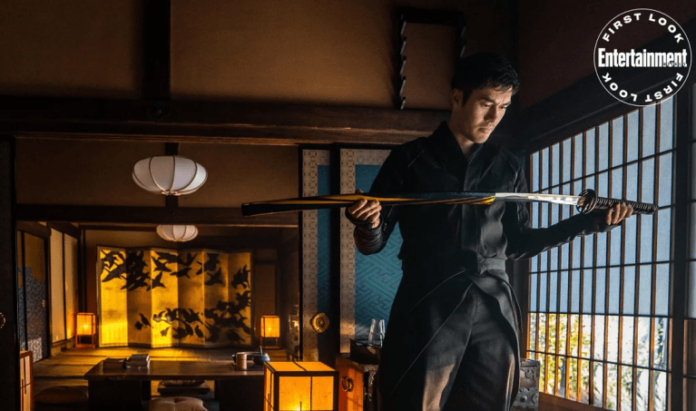 Despite GI Joe being just as much of a popular ’80s toy franchise and cartoon as Transformers, the soldier boys and girls have never found similar success on the big screen. It seemed like that would happen with GI Joe: Retaliation (the damn thing had Dwayne Johnson, Channing Tatum, AND Bruce Willis), and while it improved on the previous film, a sequel never got off the ground. Paramount and Hasbro haven’t given up, though, and have launched what is basically a soft reboot focused on the most popular Joe of all.

EW has released our first look at Henry Goulding in Snake Eyes: GI Joe Origins, playing the titular ninja warrior. The Crazy Rich Asians actor suits up as the stealthy commando in a story that pulls back the hood on his beginnings in the Arishikaga ninja clan, and the start of his blood feud with Storm Shadow, who we see played by Andrew Koji. Also in the cast are Iko Uwais as Hard Master and Peter Mensah as Blind Master, and honestly I’m most excited about them.

The images also reveal Samara Weaving as Scarlett, Úrsula Corberó as The Baroness, and Haruka Abe as Akiko. Behind the camera is Robert Schwentke (RIPD) from a script by Evan Spiliotopoulos.

“Having this solo movie, we get to set the precedent for where [Snake’s] story leads. It’s phenomenal that Paramount and Hasbro chose to go right to the beginning and really start off with such a story. It gives so much more creative control over where this universe is going. I’m crazy excited to see what we do next.”