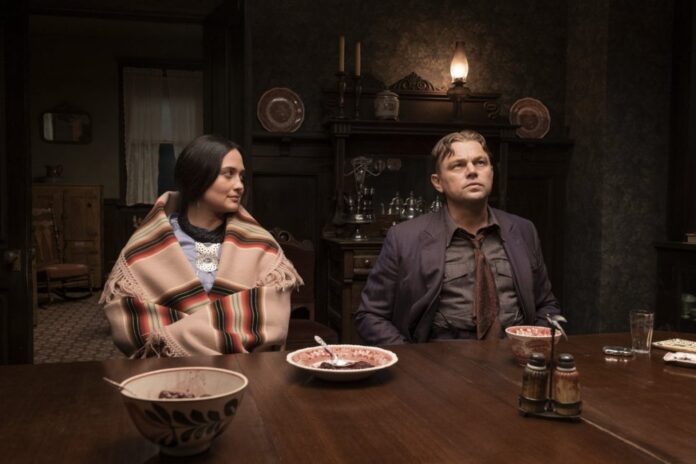 Leonardo DiCaprio and Martin Scorsese are pretty much a dream team, and every time they get together on a project it’s a big deal. As Scorsese has made the turn to streaming and away from the big screen, that hasn’t diminished in the least. Apple paid big money for the rights to the long-developing Killers of the Flower Moon, and today Vanity Fair has released our first look at DiCaprio alongside co-star Lily Gladstone.

The image shows DiCaprio in the role of Ernest Burkhart, a real-life cattleman and nephew to William Hale (Robert De Niro), both central figures in the 1920s Oklahoma investigation into a series of murders against the oil-rich Osage Nation. Gladstone plays Mollie Burkhart, and judging by this image she looks to be his wife.

Also in the cast are Jesse Plemons, Michael Abbott Jr., Pat Healy, Scott Shepherd, Tatanka Means, Tattoo Cardinal, Jason Isbell, and Sturgill Simpson. Killers of the Flower Moon is still shooting so we may not see it until 2022.