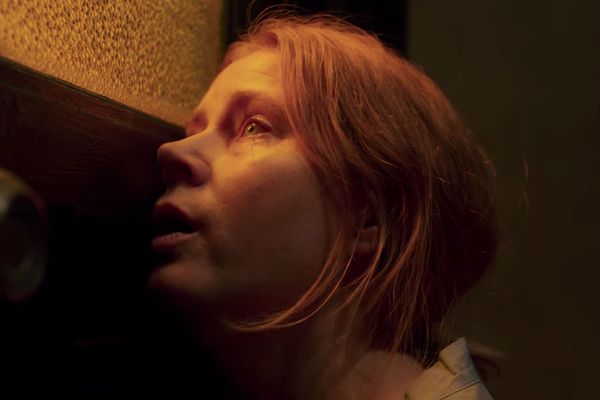 We’ve known for well over a year there were troubles with Joe Wright’s The Woman in the Window. A poorly-received trailer in 2019, bad test screenings, delays caused by Fox 2000’s acquisition (then subsequent shuttering) by Disney, and as we learned just days ago, Tony Gilroy being brought in to help out with reshoots. And yet despite all of that, the film remains ridiculously stacked in terms of star power, and Netflix clearly has hopes of a Gone Girl level hit.

We’ll see about that, but with the film set for release next month, a new trailer has dropped. Amy Adams leads the way as an agoraphobic woman whose life gets a lot more exciting when a neighbor friend suddenly goes missing, and she suspects there was foul play.

The Woman in the Window hits Netflix on May 14th, and we’ll see if Gilroy managed to help save this one as he’s done on other projects in the past.

Anna Fox (Amy Adams) feels safest when she’s watching the world from behind her window. Until the Russell family moves in across the street, and she witnesses something unimaginable. The question is…what really happened?