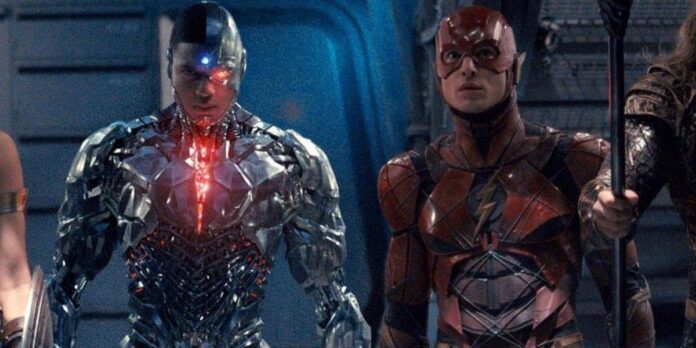 Ray Fisher has a lot to get off his chest. That’s not a shock; he’s been teasing little bits of his troubles with Joss Whedon, Geoff Johns, and Warner Bros. for about a year. While most of it stems from time on reshoots of Justice League, which Whedon oversaw after the departure of Zack Snyder, the truth is that the ripple effects are far-reaching.

The THR piece on Fisher covers a lot of ground, from the “gross, abusive, unprofessional, and completely unacceptable” actions that he first alluded to last year. Conflicts arose when Whedon began making wholesale changes to Justice League, and was “dismissive” when Fisher and other co-stars tried to offer suggestions. In the case of Fisher, some of these responses by Whedon and other execs were “racist and inappropriate”. In the case of Johns, some of these complaints bled over to his SyFy show, Krypton.

Johns and other WB execs took issue with Cyborg only smiling twice throughout Justice League, and said they couldn’t have an “angry black man” at the center of the film. Some of that may explain why Whedon went to such lengths to slash Cyborg’s storyline, which had been the film’s heart when under Snyder’s guidance.

Speaking of which, Fisher is still feeling the impacts of his allegations. He was meant to have a co-starring role in The Flash opposite Ezra Miller, building on a friendship we saw quite clearly in the Snyder Cut. The role was then reduced to a cameo, and finally cut altogether.

According to Fisher, he and Flash director Andy Muschietti were on good terms about Cyborg’s part in the film. Then WB changed things up on him, reducing it to a cameo but requiring him to shoot for two weeks while still making cameo money. Reports, which look like smears in retrospect, said that Fisher had demanded more money, and that’s why negotiations fell through. WB put the blame on Fisher for also having said he wouldn’t work on any project by DC Films chief Walter Hamada. If Fisher is telling the truth, sounds like he was justified.

“When I first spoke up, I assumed there was no way these guys would allow me to do my job in peace,” Fisher says. “I’m not so indebted to Hollywood that I haven’t been willing to put myself out there.”

Fisher concluded with, “I don’t believe some of these people are fit for positions of leadership. I don’t want them excommunicated from Hollywood, but I don’t think they should be in charge of the hiring and firing of other people. If I can’t get accountability, at least I can make people aware of who they’re dealing with.”