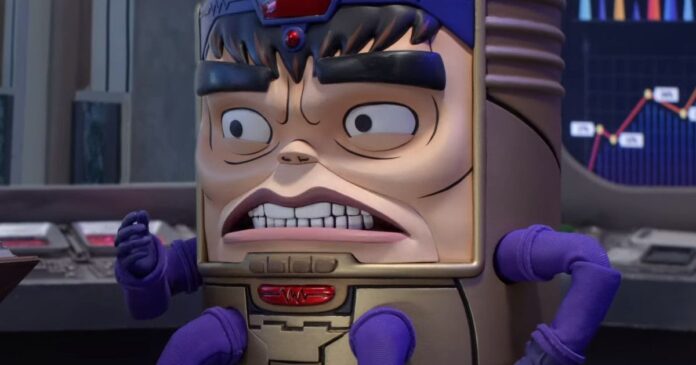 One look at Marvel’s incredibly weird supervillain MODOK and you just know, even if you’ve never read a comic book in your life, that his backstory is full of really bad jokes about the size of his head. Well, you’re right. And not only that, but Hulu’s upcoming animated series MODOK has them, too. Like, a lot of them.

And that’s perfectly alright because the trailer for MODOK looks hilarious. The Mental Organism Designed Only for Killing, voiced by Patton Oswalt (continuing his Marvel association following Agents of SHIELD), is having it pretty rough balancing his world-dominating goals with his home life. His wife (voiced by Aimee Garcia, we just did another story on her) is ready to call quits on their marriage, and is already out there bangin’ Wonder Man, who is voiced by Nathan Filion as he continues to fulfill fanboy dreams.

MODOK will take over Hulu beginning May 21st!

In “Marvel’s M.O.D.O.K.”, the megalomaniacal supervillain M.O.D.O.K. (Patton Oswalt) has long pursued his dream of one day conquering the world. But after years of setbacks and failures fighting the Earth’s mightiest heroes, M.O.D.O.K. has run his evil organization A.I.M. into the ground. Ousted as A.I.M.’s leader, while also dealing with his crumbling marriage and family life, the Mental Organism Designed Only for Killing is set to confront his greatest challenge yet!