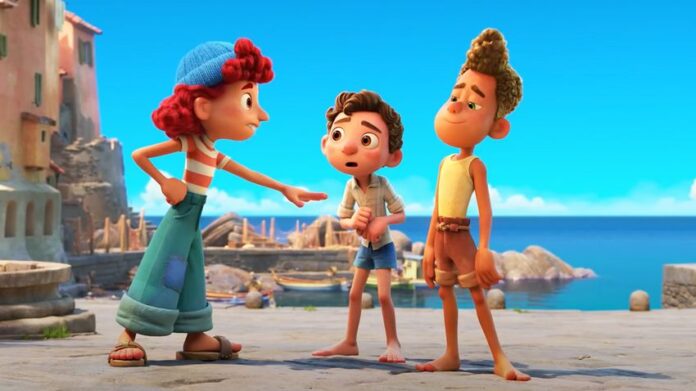 Pixar just earned itself another Best Animated Feature Oscar for Soul, while Onward was right there as a nominee. It’s safe to say the studio is riding as high as ever after all of these years, and already they’ve got another possible contender lined up with Luca, which transports us to the Italian Riviera for the story of a most unusual friendship.

Originally a theatrical release, the decision was made to release Luca exclusively on Disney+ for all subscribers this summer. And it’s a brilliant decision, transporting people who have been cooped up in the house to the gorgeous, picturesque Italian seaside where a young boy makes a new friend who happens to be a sea monster.

Disney and Pixar’s original feature film “Luca” is a coming-of-age story about one young boy experiencing an unforgettable summer filled with gelato, pasta and endless scooter rides. Luca shares these adventures with his newfound best friend, but all the fun is threatened by a deeply-held secret: they are sea monsters from another world just below the water’s surface.