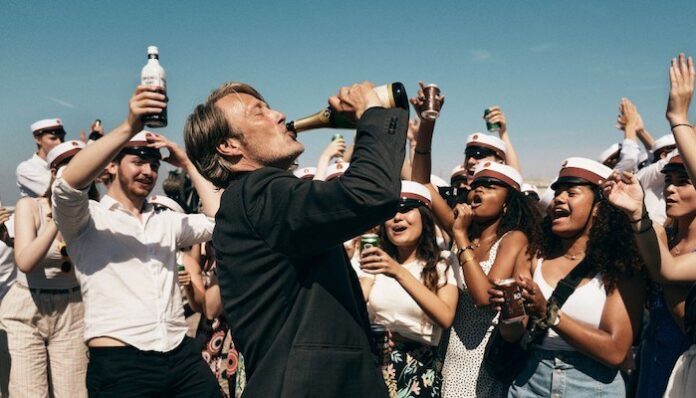 Y’know, we joke about Hollywood’s quick reaction to an acclaimed Oscar-winning film by immediately launching into an English-language remake, but this is ridiculous. Mere hours after director Thomas Vinterberg accepted Another Round‘s award for Best International Feature, a remake with Leonardo DiCaprio is already in the works.

Deadline reports DiCaprio is behind an American version of the acclaimed film, Another Round, which starred Mads Mikkelsen. DiCaprio will produce through his Appian Way banner, after winning a high bidding war for the rights. With DiCaprio on board, he’s also being eyed to star, naturally.

Another Round centers on a group of four men, all teachers, who decide to see if their lives can be improved by staying drunk throughout the day. Life lessons abound as they learn more about themselves and grow closer to their families…all except one who has become an alcoholic.

Mikkelsen is tremendous, too. He easily could’ve been a Best Actor nominee and been a frontrunner under different circumstances. 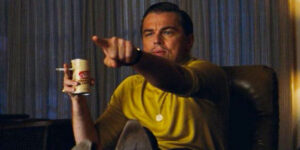 Last night, as Vinterberg was giving his acceptance speech, the filmmaker talked about the tragedy that befell his family and how much making Another Round meant to them. Honestly, I find it a little distasteful to have this news come out so soon after such a heartfelt speech, and wonder if any remake can have the same depth of feeling as what Vinterberg and Mikkelsen brought to it.