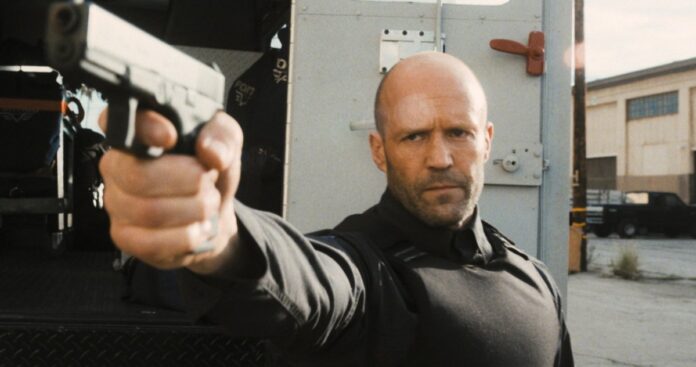 We shouldn’t have to wait sixteen years between Guy Ritchie/Jason Statham films. The two, who basically launched their careers together on Brit crime flick such as Lock, Stock and Two Smoking Barrels and Snatch, haven’t done a movie together since 2005’s Revolver. But with Ritchie on a hot streak thanks to Aladdin and The Gentlemen, and Statham coming off of Hobbs & Shaw, the time was right for a reunion. Thankfully, Wrath of Man looks like familiar territory for the duo.

Ritchie also wrote the script, based on the 2004 French flick Cash Truck.

Wrath of Man hits theaters on May 7th.  Ritchie and Statham will then reteam on spy flick, Five Eyes, and here’s hoping they’re back to making this a regular thing.

A mysterious and wild-eyed new cash truck security guard (Jason Statham) surprises his coworkers during a heist in which he unexpectedly unleashes precision skills. The crew is left wondering who he is and where he came from. Soon, the marksman’s ultimate motive becomes clear as he takes dramatic and irrevocable steps to settle a score.