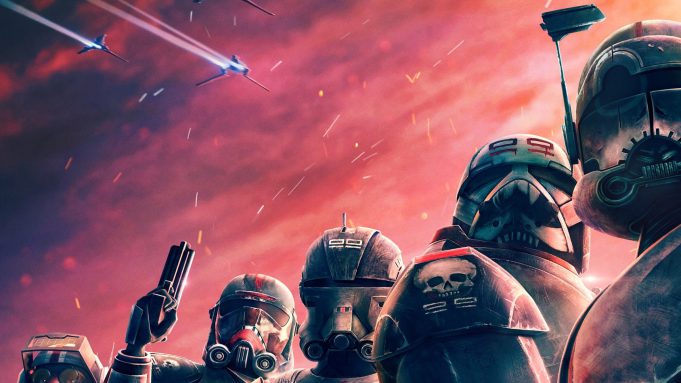 My friends and I watched Star Wars endlessly, and we would argue about the things we considered “non-Star Wars”, meaning they didn’t feel like they belonged. That’s the vibe I get from the upcoming animated series, The Bad Batch, and I’m hoping Dave Filoni can change my mind about it.

The Bad Batch is a spinoff of The Clone Wars and centers on an experimental team of clones with enhanced skills. Basically, they’re outsiders among outsiders in an ever-evolving Galaxy. The series was created by Filoni, who is basically the Man right now for his work on Clone Wars, Star Wars Rebels, and of course, The Mandalorian.

But it just doesn’t seem like something that should be in Star Wars. A unit like this would’ve had a drastic impact on the Clone Wars and asking us to believe they’ve been around this entire time just doesn’t sit right with me. I trust in Filoni, though, and this trailer reintroduces Grand Moff Tarking so he’s off to a good start.

The Bad Batch comes to Disney+ on May 4th.

“Star Wars: The Bad Batch” follows the elite and experimental clones of the Bad Batch (first introduced in “The Clone Wars”) as they find their way in a rapidly changing galaxy in the immediate aftermath of the Clone War. Members of Bad Batch—a unique squad of clones who vary genetically from their brothers in the Clone Army—each possess a singular exceptional skill that makes them extraordinarily effective soldiers and a formidable crew.