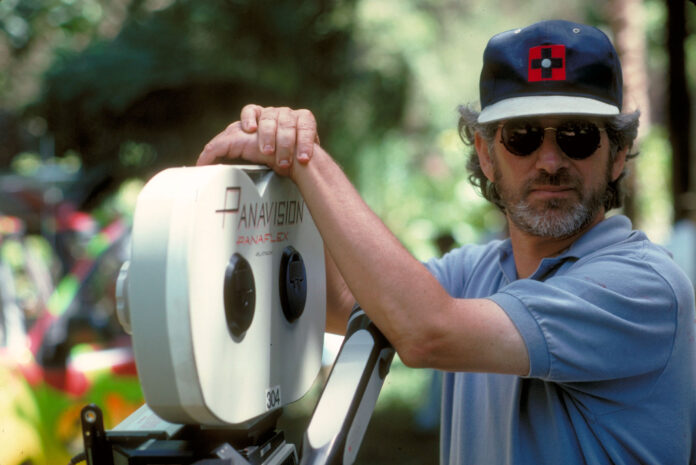 For 40 years the name Spielberg has been synonymous with excellent filmmaking and the true magic of Hollywood. With a heavyweight industry icon like that it was only a matter of time before a biopic of some sort was made, so who better to make it then the man himself? As we earlier reported Steven Spielberg is writing and directing a film loosely based on his formative years growing up in Arizona and had cast none other then Michelle Williams to play the role based on his mother. It seems the cast is continuing to round out and it does not appear they are going for unknowns to fill these roles. It’s now being reported that Seth Rogen has signed on to the picture to play the filmmaking icon’s favorite uncle.

Things are moving fast on this project, so we can fully expect to see more casting announcements soon. Filming is set to start this summer and they are hoping for a July 2022 release.

I love the idea of this movie, in a way Spielberg’s time as a child is already a well known tale. His is the protoypical “Young boy without a ton of friends spends all of his time making movies with his parents old 8mm camera” story. It is quite literally the template for any fictional story that needs to portray a character as having a lifelong love of filmmaking. That being said, it’s not the Spielberg movie I want to see. I understand the want to portray your childhood, watch any Amblin movie pretty much and it’s obvious the love Spielberg has for that period of endless wonder and imagination in every persons life, however there is a much more interesting period in the directors life. The movie I want wouldn’t be a one-subject biopic but rather an ensemble piece following “The Movie Brats” in the early 70s. Sure, they didn’t have the looks of the brat pack, but a group consisting of Spielberg, George Lucas, Francis Ford Coppola, Martin Scorsese and Brian DePalma carries some weight. A film about these guys coming together and fighting their way through the Hollywood system to become the legends we now know them as…I need to see THAT movie.