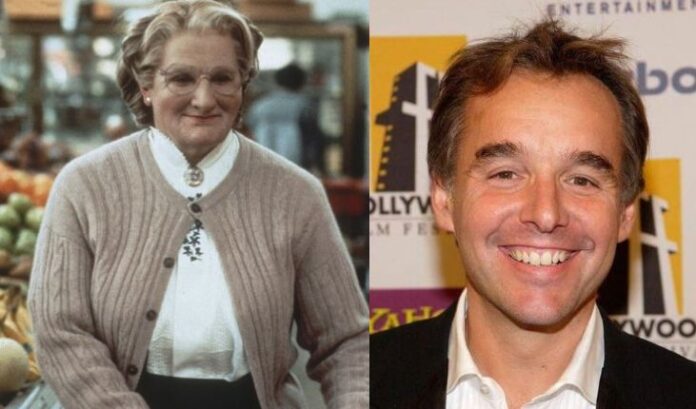 Robin Williams is one of those legendary actors who’s cataloged more iconic roles then one could count. Since Williams worked at the highest level for over 30 years there’s sure to be debate about the favorite role among fans, but I would bet that none of those fans would rank 1993’s Mrs. Doubtfire outside the top 5. It was, simply put, a fun family film that everyone could enjoy.

That’s where our story starts. As anyone whose scene/heard Robin Williams do standup can tell you, the guy could certainly get dirty. Now, those jokes would have no place in a family film (even one that was still rated PG-13 like Mrs. Doubtfire), but Williams loved performing, and loved making people laugh, so even if the dirtier lines thought up didn’t make the screen it would have still been worth it. Robin Williams LOVED improv and was reportedly VERY hard to wrangle on set. Directors knew that you had to let Robin “play” a little bit. Chris Columbus, who directed ‘Doubtfire’ is a smart man, so he made a deal with Williams…do 2-3 takes scripted, then have your fun, and have fun he did. Columbus sat down with EW last Friday and addressed rumors that these extra takes could be assembled into a NC-17 version of the film. Sadly, while he was quoted using that rating in the past, he admits to exaggerating, but notes that there could absolutely be an R-rated cut of the film using those takes.

Honestly, I don’t need to see a full re-cut of the film, BUT I would love to see a highlight reel. There haven’t been nor will there every be another comedic talent like Robin Williams, so to see him manically go through takes making everyone’s favorite British nanny say the nastiest things you can think of, well that’s just something I couldn’t pass up. There may still be hope on that front as Chris Columbus mentioned that he wouldn’t mind doing a documentary about the making of the film where those clips could be showcased. It’s unlikely that doc will ever come to be, but we can still hope!