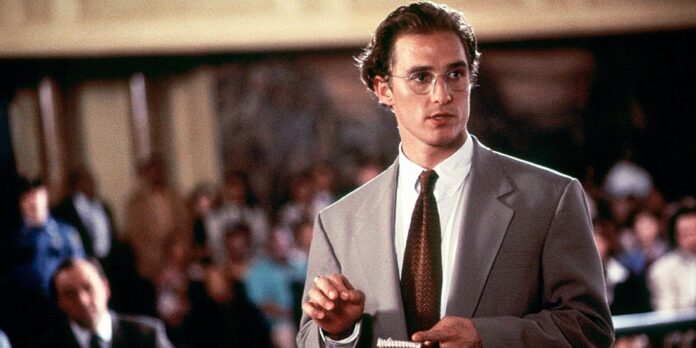 All rise, all rise, all rise. Matthew McConaughey is headed back to the courtroom. The Texan native is attrached to reprise his role of Jake Brigance from 1996’s A Time To Kill in a new HBO series. Like its predecessor, this new series is based off of a John Grisham novel, A Time For Mercy. The show will take the same name.

The 2020 book is the third Grisham work to center on attorney Jake Brigance, after A Time To Kill and Sycamore Row. In it, Jake must defend a young man accused of killing his mother’s boyfriend. A screenwriter has yet to be announced for the adaption.

The film version of A Time To Kill was one of McConaughey’s breakout roles. His Brigance defended a black man (Samuel L Jackson) on trial for killing two white men who raped his young daughter. Sandra Bullock also starred in the legal drama.

McConaughey is no stranger to HBO legal dramas having starred in the critically acclaimed first season of True Detective with Woody Harrelson.