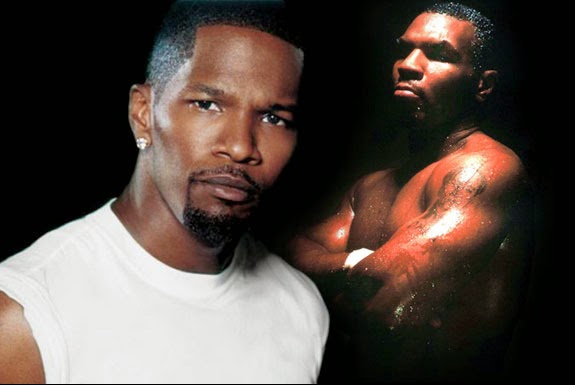 Jamie Foxx has been talking about his Mike Tyson drama for at least seven years, but this particular passion project just couldn’t get off the ground. And that was even with Foxx claiming that Martin Scorsese would direct what, at the time, was envisioned as a feature film. But with so much need for content out there now, we’re seeing these pet projects come to fruition more often, and the same has happened for Tyson, albeit in a different form.

A press release confirms Foxx will produce and star in Tyson, only now it’ll be a limited series penned by Colin Preston and directed by Antoine Fuqua. Scorsese is still attached as an exec-producer.

The series is an authorized biographical look at Tyson’s life and career, growing up in the mean streets of Brownsville, to learning to stay out of trouble with the help of legendary trainer Cus D’Amato, and winning the World Heavyweight Championship at the age of 20.

Foxx, who is 53-years-old, just one year younger than Tyson is right now, is expected to play the boxer at all ages, so how is that going to work? We could be looking at some extensive digital work done on this show, something Scorsese knows a great deal about after The Irishman.

This one is still very early on, with no network home just yet. But the moment does seem to be right for this to happen, something Tyson himself has taken note of…

“I have been looking to tell my story for quite some time,” said Tyson. “With the recent launch of Legends Only League and the excitement from fans following my return to the ring, now feels like the perfect moment. I look forward to collaborating with Martin, Antoine, Jamie, and the entire creative team to bring audiences a series that not only captures my professional and personal journey but also inspires and entertains.”

‘Infinite’ Trailer: Mark Wahlberg Is A Warrior Of Reincarnation In Paramount+ Summer Blockbuster