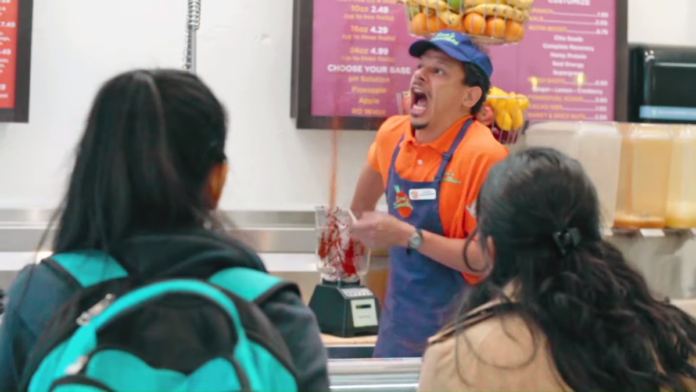 Look, I’ll be honest in that Bad Trip is a movie I couldn’t care less about. Comedian Eric Andre has never been for me, and prank comedies, outside of Jackass and Borat, rarely hit on anything funny. The film has been bounced around the release schedule a lot because of COVID, was accidentally released on Amazon Prime for a while, and then finally sold to Netflix, who will debut it later this month. Let me know how it is.

Eric Andre teams with Lil Rel Howery and Tiffany Haddish on Bad Trip, in which they go around playing pranks on folks who don’t know what the shit is going on. There’s an actual plot, though, one involving two best friends who go on a wild, joke-filled road trip.

Behind the camera is Kitao Sakurai, who worked on The Eric Andre Show. A lot is made of producer Jeff Tremaine, and for good reason as he’s one of the masterminds behind the creation of Jackass.

From one of the guys that brought you Jackass and Bad Grandpa, this hidden camera comedy follows two best friends as they go on a cross-country road trip full of hilarious, inventive pranks, pulling its real-life audience into the mayhem. Bad Trip stars Eric Andre, Lil Rel Howery, Tiffany Haddish and Michaela Conlin. The film is directed by Kitao Sakurai from the minds of Dan Curry, Kitao Sakurai, and Andre – and produced by Andre, Jeff Tremaine, David Bernad, and Ruben Fleischer.