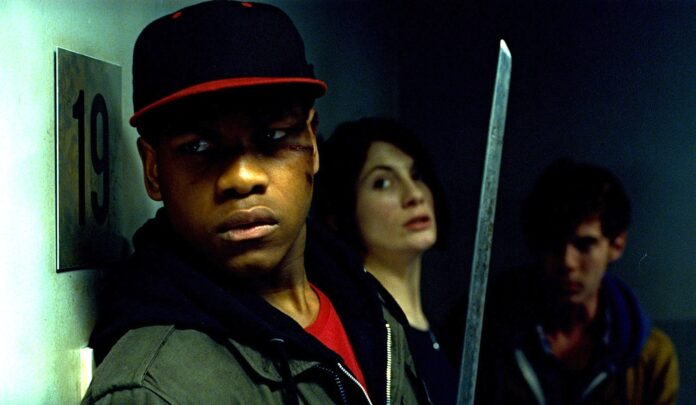 Wow! It’s been 10 years since Joe Cornish’s surprisingly awesome low-budget invasion flick Attack the Block came out. We sat down at the time with the film’s little known lead, a guy named John Boyega to chat about the movie, a name that we all know well these days. Attack the Block almost instantly became a “cult” classic blending genre’s and making their low-budget appear large in the most creative ways, hell they even threw in Nick Frost! So, obviously, fans have been asking about a sequel for years. For those who haven’t seen it Attack the Block follows a teen gang in South London as they defend their neighborhood from an alien invasion.

Joe Cornish recently talked with EW in honor of the film’s 10th anniversary and revealed that a sequel was not just something he would like to do but something he was actively working on AND that Boyega was game for a second round:

For the naysayers that will point out the fact that Cornish has said a sequel was in the works before, you’re not wrong…BUT they do seem to be making progress and c’mon COVID has delayed everything talked about over the last two years. It’s coming, i can feel it!