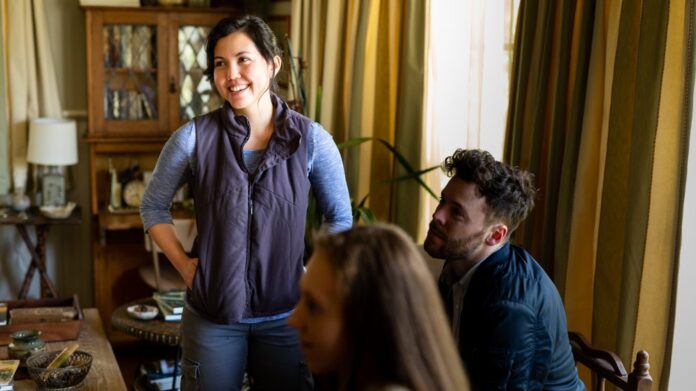 One of the creepiest horror films I’ve seen over the last year was Relic, Natalie Erika James’ haunted house story that earned her a great deal of acclaim. She’s found what her next project will be, and she’s staying within that same realm, albeit with an assist from A Quiet Place‘s John Krasinski, making for a potentially awesome pair.

THR reports James will direct Apartment 7A, a new horror film that Krasinski will produce. As for plot details that’s being kept under wraps, which suggests they’re hiding something potentially big here. I’m not going to say her film is, possible, linked to the A Quiet Place franchise but when stufff is kept secret these are the ideas that pop up. That title sounds like a working one to me.

Michael Bay’s Platinum Dunes is on board in a producing capacity, as well.

Color me curious to see where this goes. James is a skillful horror director, especially in establishing atmosphere.