Alexandre Dumas’ The Three Musketeers will always be a favorite of Hollywood’s to adapt because it offers plenty of swashbuckling fun for starry vets and up ‘n comers. There hasn’t been a major big screen attempt since Paul W. S. Anderson’s 2011 film, but now an ambitious new effort is in the works from French producer Dimitri Rassam (The Little Prince) and Pathé that will star Vincent Cassel, Eva Green, Vicky Krieps, and a star-studded international cast.

Civil is set to play D’Artagnan, with Green as Milady de Winter, and Cassel as Athos. Check out the rest of this cast, though. Krieps Queen Anne of Austria, Romain Duris as Aramis, Oliver Jackson-Cohen the Duke of Buckingham, Pio Marmaï as Porthos, Louis Garrel as King Louis XIII, Lyna Khoudri (of Wes Anderson’s The French Dispatch) as Constance Bonacieux. 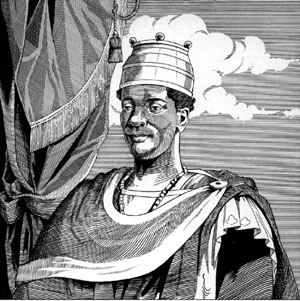 So besides the tremendous assemblage of talent on display, this version of the story will feature a brand new character named Hannibal, inspired by Louis Anniaba, the first Black musketeer in French history.

The Three Musketeers is in pre-production now. No word on when it’ll arrive stateside and it could be some time before we do.