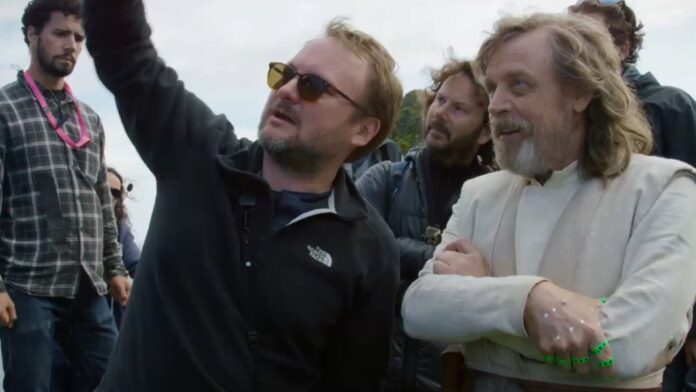 When Rian Johnson’s Star Wars trilogy was announced three years ago, the franchise was in a completely different place. Solo and The Rise of Skywalker had yet to sour fans on the future, and The Mandalorian was still a couple of years away from making people excited about what Disney could do on Disney+. We’ve heard almost nothing about what Johnson has in store in the time since, but his movies aren’t canceled as many assumed.

Author and Star Wars fan Sariah Wilson won a charity auction and the chance to have a Zoom chat with Johnson. Lucky for us, she took the chance to ask him straight-up about his trilogy and whether it was still happening. Turns out, yep, it is, only it could be a while before we see it.

Yes, Rian's SW trilogy is still on. No dates or timelines because he has other projects going on, but it is happening.

Although I doubt Johnson is lying about any of this, take his optimism with a grain of salt. I’m sure he has every intention to move forward on his non-Skywalker Saga trilogy, but the fact remains that Lucasfilm seems to have moved on. They’ve already got films in the works from Patty Jenkins, Taika Waititi, and even Marvel’s Kevin Feige, but have they said ANYTHING about Johnson? Nope.

One more thing, Wilson got Johnson to confirm that Kylo Ren and Rey were definitely meant to be a romantic pair, as we saw in The Last Jedi and was basically retconned away in The Rise of Skywalker.

If anybody questions whether or not Reylo were meant to be romantic, you can stop speculating. Rian absolutely saw them as a romance. 😍

‘The Mandalorian’: Rian Johnson Has Spoken With Dave Filoni About Directing The ‘Star Wars’ Series