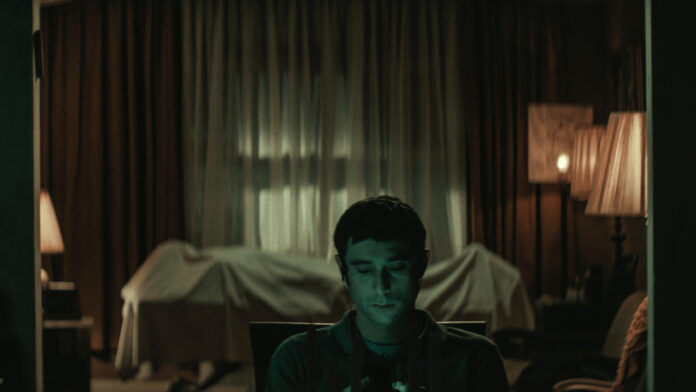 IFC’s latest thriller The Vigil puts a new spin on an often-told tale. Yakov Ronen (Dave Davis) is a man that has lost his way. He used to be a very religious Jew and part of the Orthodox community in Borough Park – a Hasidic neighborhood in Brooklyn. After the tragic death of his little brother, Yakov has fallen on hard times. He is struggling to pay the bills and can’t get a job to try and alleviate the monetary stress. He is seeing a Psychiatrist to try and work through his issues and is on medication to calm his PTSD. One evening his former rabbi, Reb Shulem (Menashe Lustig), approaches him with a quick job. Yakov reluctantly accepts, the money was too enticing to turn down. Reb needs Yakov to work as an overnight Shomer for a member of their community that has just passed. 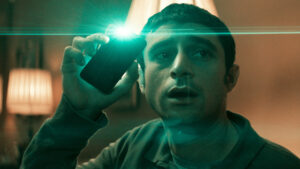 A Shomer is someone who watches the body and recites psalms to comfort the soul and protect it from evil. Usually the Shomer is a family member or friend, but the deceased didn’t have someone. The deceased’s wife, Mrs. Litvak (Lynn Cohen), is struggling with dementia and can’t be Shomer. Reb tells Yakov that the last Shomer left because he was afraid, something everyone wants to hear before watching a dead body overnight. Almost immediately, things take a turn. Yakov realizes that there is a dark presence in the house and the first Shomer made a wise decision. With Mr. Litvak now deceased, the presence is looking for a new host. The demon is attracted to broken people that are attached to some terrible pain they can’t overcome. A pain exactly like what Yakov is carrying. 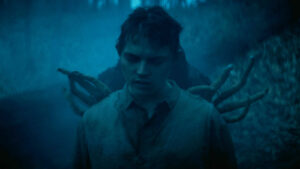 The Vigil is the first feature length film from writer/director Keith Thomas and it is an impressive debut. Thomas doesn’t reinvent the wheel with The Vigil, but does enough to set the film apart. Stories of demons and possessions are typically told through a Christian lens. Thomas fills The Vigil with Jewish lore and customs, giving it a unique feel. Thomas does a great job with his camera angels and music/noises throughout the film. Thomas’s choices serve to build dread and an ominous atmosphere to the film. His framing of Yakov paired with the perfect eerie music makes you sit on the edge of your seat, dreading what is about to come. You see just enough of the room or there is only enough light for you to wonder what horrors are around Yakov. Every creak or deep breathe in the film can make you jump from the anticipation. 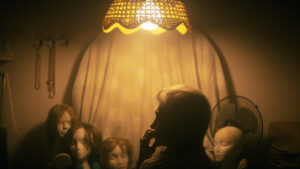 The Vigil is a character study, focusing on Yakov and the turmoil he is going through. The Mazzik feeds on this pain making Yakov relive it. Thomas weaves in flashbacks and visions to paint the full picture of what Yakov is going through. The film wouldn’t work without powerful performances and Davis and Cohen deliver. A majority of the film takes place inside one house with Davis as the singular focus. His acting is on point and incredibly believable. Cohen gives a haunting performance that I won’t soon forget. There is something terrifying about frail old women in a room full of mannequin heads in a haunted house. The main issue I had with The Vigil is that I wanted to see more. The film could have benefited from another 15-20 minutes of scares. The Vigil is absolutely still worth a watch, but it falls short of a must see.

The Vigil is available in select theaters, on digital platforms, and VOD February 26th.