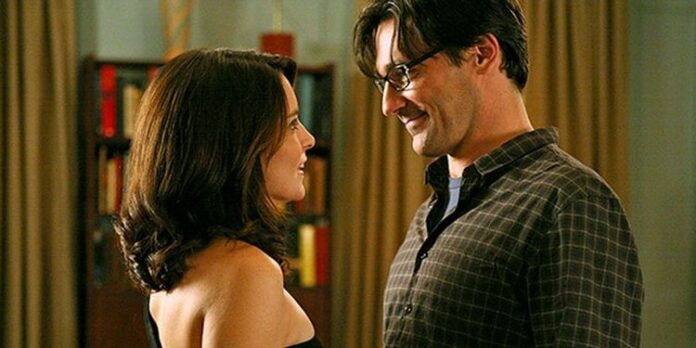 So. Many. Reunions! The upcoming dark comedy Maggie Moore(s) is set to star Jon Hamm and Tina Fey, but will have Hamm’s Mad Men co-star John Slattery behind the camera. Not only that, but Hamm played Fey’s love interest Drew Baird across multiple 30 Rock episodes. If only this were some kind of 30 Rock/Mad Men multiverse movie.

Deadline reports Hamm and Fey will star in Maggie Moore(s), which marks the sophomore directorial effort for Slattery. He previously directed the 2014 drama God’s Pocket. The film was written by Paul Bernbaum (Hollywoodland).

Maggie Moore(s) takes place in a quiet desert town, as a police chief is suddenly faced with the back-to-back murders of two women with the same name. Collider adds that it’s unclear if Hamm will play the police chief or the piece’s villain, a local businessman eager to get rid of his wife (Fey) who strikes up a flirtation with the cop.

Ummm…my guess is he’ll play the chief because who doesn’t want more of that Hamm/Fey chemistry?