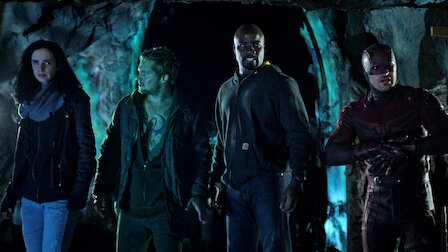 Marvel Studios has done a good job of keeping their characters under the umbrella, with the acquisition of Fox a big part of that. However, there are still a few outliers that things aren’t so certain about, and no, I’m not talking about Spider-Man and Sony because we know that situation. I’m talking about the characters Marvel sent to Netflix, including Daredevil, Punisher, Jessica Jones, Iron Fist, and Luke Cage. What’s up with them? Can we expect to see them in a Marvel movie or TV series anytime soon?

Kevin Feige was asked this question during the recent TCAs (via Deadline), and he didn’t shut the door on it. In fact, he left it very much open…

“I think we probably could do it, I think a lot of that stuff comes back to us,” said Feige. “There’s always rumors online about things reverting, sometimes that’s true, sometimes it’s not, but I’m not exactly sure of the exact contracts but perhaps someday.”

Rumors about the rights to the Defenders characters are always floating around, but have perked up of late. Some have even begun to guess that Matt Murdock aka Daredevil will turn up in the newly-titled Spider-Man: No Way Home as Parker’s defense attorney. Probably not, but you never know. And even if Marvel does use these characters again, there’s no guarantee they’ll be played by the same actors. Although I have to say if anybody deserves to be in the MCU it’s Krysten Ritter. Make it happen.