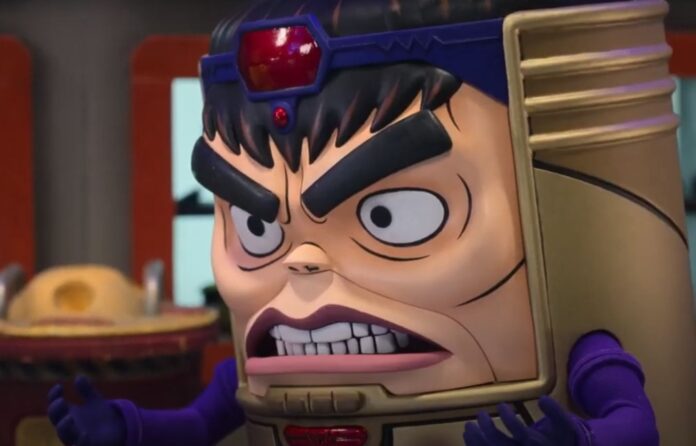 M.O.D.O.K. is easily one of Marvel’s oddest villain’s, but strangely he’s not the only “head encased in a robotic body” throughout the Marvel universe…he shares that distinction with Armin Zola (who took on a more believable form in the MCU). The leader of A.I.M. with constant designs on world conquest, depending on which story thread you’re reading, the Krang-like baddie was recently featured in a more menacing but still patently ridiculous appearance as the big bad of Marvel’s Avengers video game.

Well, life rolls on for M.O.D.O.K., as Hulu green lit an “Adult Animated Series” some time ago, starring Patton Oswald in the title role. I mean, obviously perfect casting, but the question is does Hulu have the cahones to go as far as, say, the Harley Quinn show currently airing on HBOMax? Admittedly Quinn is a bit too much and treads near the ground of vulgarity for vulgarity’s sake, and I like to hope that Oswald’s involvement brings a more intelligent angle to the jokes ahead. Sadly, the trailer we got today didn’t shed a ton of light on the series, but gave us a feel for the tone of the comedy, I’m hoping they saved the best for the premier date. While the jokes hit, they hit in a “dad joke” kinda way.

There’s still plenty of time to tighten up those jokes in post, M.O.D.O.K., is still more then two months away, with the ten-episode series premiering on Hulu in full on May 21st, 2021.

Check out the trailer below and let us know what you think in the comments! For all things Marvel, click here!