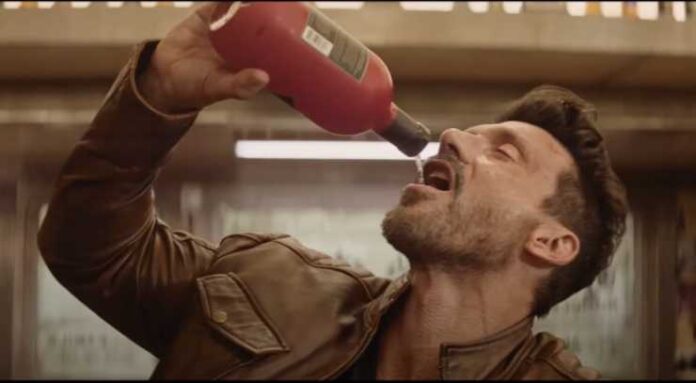 If you’re going to wade into the already worn-out subgenre of time-loop movies, do it with a Frank Grillo vs. Mel Gibson showdown. That’s what’s in store for Joe Carnahan’s Boss Level, a film that has been long in the works and is finally set to arrive on Hulu next month.

The sci-fi premise is pretty simple, which I think is key for any good time-loop movie. Grillo plays a former special forces agent trapped in a time-loop repeating his own murder. To end this vicious cycle he must hunt down the bad guy in charge, defeat all of the skilled killers on his trail, and find a way to save his ex-wife, played by Naomi Watts.

Carnahan’s the director behind muscular flicks like Narc, The Grey, Smokin’ Aces, and The A-Team. You pretty much know what you’re going to get from him, and Boss Level looks right in his wheelhouse. Even the supporting cast is a lot of fun, with Michelle Yeoh, Ken Jeong, Annabelle Wallis, Rampage Jackson, Rashad Evans, Will Sasso, and more co-starring. I’m pumped for this!

Trapped in a time loop that constantly repeats the day of his murder, former special forces agent Roy Pulver (Frank Grillo) uncovers clues about a secret government project that could unlock the mystery behind his untimely death. In a race against the clock, Pulver must hunt down Colonel Ventor (Mel Gibson), the powerful head of the government program, while outrunning skilled, ruthless assassins determined to keep him from the truth in order to break out of the loop, save his ex-wife (Naomi Watts) and live once again for tomorrow.