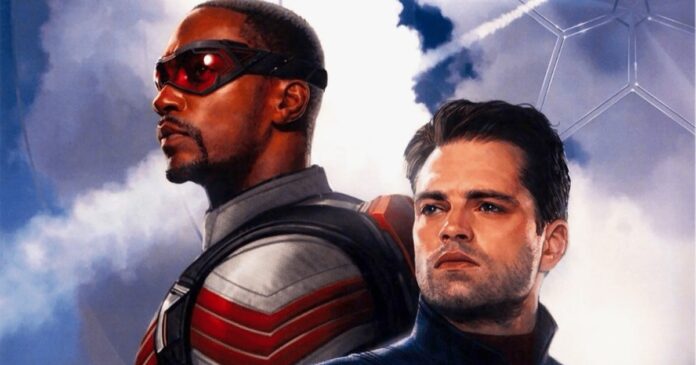 Baron Zemo, the antagonist from Captain America: Civil War and one of Cap’s all-time most popular rogues, left people a little disappointed after his film debut. Sure, Daniel Bruhl was great in the role and it was SO much more then a standard nazi bad guy, but he didn’t LOOK like Baron Zemo. There was no iconic purple ski mask and that, obviously, is the most important piece of the character. Seriously though, I loved what they did with him in CW, and the look is just a cherry on top. 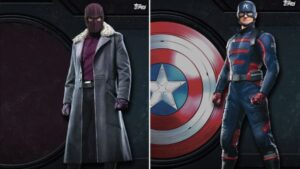 We’re getting that cherry with The Falcon and The Winter Soldier. Topps’ Marvel Collect, a digital card collecting app, has released full body images showing the new looks for Sam Wilson and Bucky Barnes AND our first full looks at Baron Zemo and John Walker aka US Agent, Cap’s “replacement” in the US Government. Zemo is pitch perfect, no question there. US Agent needed a closer look, after which I have decided that it is absolutely perfect on all levels. It looks cool yes, but it’s what the outfit SAYS that really matters. First, it’s less patriotic and more…I don’t know, I guess corporate is the word I’m looking for. Everything seems right at first but then you realize something is off, which is exactly what US Agent represents. Sure he “looks” like Cap, but he’s a pale imitation at best. 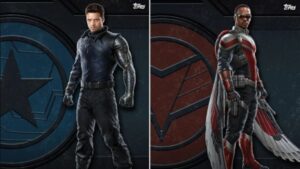 As for Falcon and Bucky, not much has really changed there. I do love that they’ve kept the Wakandan paint scheme on Buck’s arm. Falcon’s wings appear more natural and less like sheets of steel, but that could just be how they’re drawn here. I know everyone is all about the WandaVision right now, but this…this is my holy grail for the year. I love everything about this show from the spy elements, to the real-world action and right into the amazing chemistry these two share. We won’t have to wait much longer as The Falcon and The Winter Soldier is slated to debut in March on Disney+.