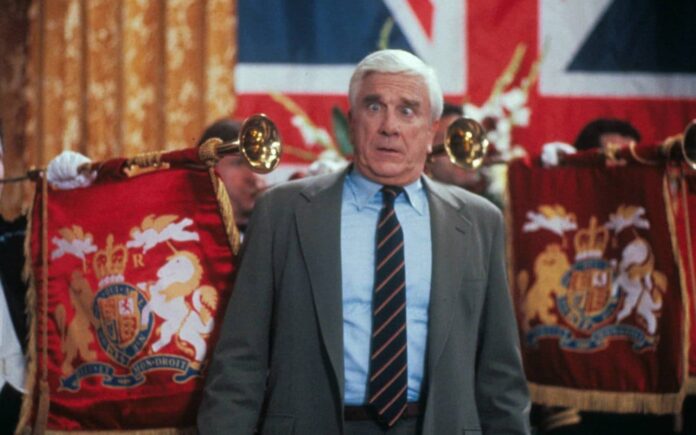 Liam Neeson and Seth MacFarlane are buds. That’s been established through their working relationship, with the Taken star appearing in Ted 2, A Million Ways to Die in the West, and other projects with MacFarlane. With Neeson supposedly taking a step back from action movies soon, could he and MacFarlane possibly team up for a major comedy reboot of The Naked Gun?

I hate to think of this because The Naked Gun is among my all-time favorite comedies, but Neeson tells People “I’ve been approached by Seth McFarlane and Paramount Studios to maybe resurrect the Naked Gun films.”

Neeson then joked, “It’ll either finish my career or bring it in another direction. I honestly don’t know.”

He might’ve been having a laugh, but Neeson’s probably not wrong about the latter point. The Taken films basically reinvented the soft-spoken dramatic actor as a badass action star, and one of the most bankable celebs around. It’s not as if Neeson doesn’t know his way around comedy, either. He could probably pull-off playing goofball detective Frank Drebin and do it quite well.

Multiple attempts to reboot The Naked Gun have been attempted, including one with Ed Helms attached.

That said, I have a hard time believing either Neeson or MacFarlane is going to spend their time on this. But if they do, might I suggest nixing any notion of an O.J. Simpson cameo?

Neeson’s latest film, The Marksman, is available in theaters now.

The Thunder Buddies Are Back! Seth MacFarlane’s ‘Ted’ Is Returning As A Peacock Series