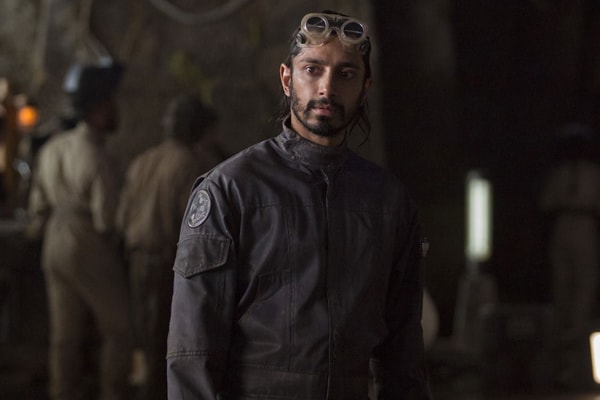 This is a big time for Riz Ahmed, as he’s receiving serious Oscars buzz for his performance in Sound of Metal. With that attention comes new opportunities, and a clamor from fans to revisit some of his most popular blockbuster roles. Well, Ahmed is totally down with taking his career in a new direction, but not so much for turning back to the clock for another run of Venom or Star Wars movies.

According to TheWrap, Ahmed has inked a first-look TV deal with Amazon Studios, the home of his acclaimed film Sound of Metal.

Ahmed said, “The Sound of Metal campaign has been a brilliant first experience of working with Amazon Studios. Their emphasis on creating community between bold creatives, their global reach, and their desire to nurture under-served audiences make it the perfect home for Left Handed – whose mission is to stretch culture.”

That’s great, but what about returning as Carlton Drake for Venom: Let There Be Carnage? Or reprising his Rogue One role as Bodhi Rook? Ahmed is not so open to those opportunities if they were to arise, telling THR…

“I think I’m done in Venom,” Ahmed said. “It’s pretty conclusive. Dude got blown up in a spaceship.”

And what about Rook? I mean, if they can do a Disney+ series featuring Cassian Andor, it stands to reason the rest of his team could come back, too.

“I just haven’t heard of that, to be honest,” Ahmed added. Well, I guess that sorta leaves the door open but he doesn’t seem very interested.