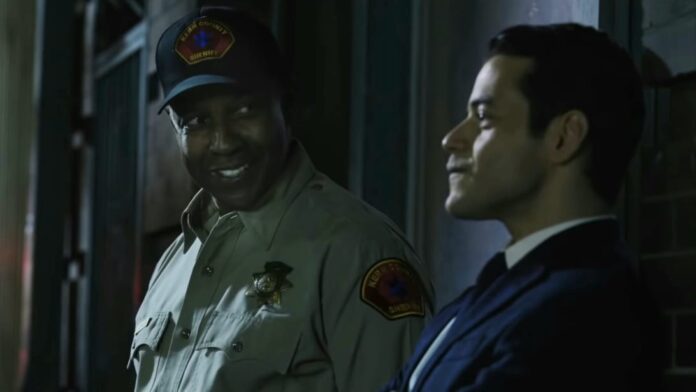 The Little Things is a serial killer thriller that is part of that whole debacle with Warner Bros. releasing their movies simultaneously on HBO Max. That’s about the most exciting thing about it, honestly, which says a lot considering the trio of Oscar winners leading it. Denzel Washington, Rami Malek, and Jared Leto can’t inject any life into this by-the-book film writer/director John Lee Hancock has been trying to make since 1993. He spent all that time…on this??

Denzel plays rural deputy sheriff Joe “Deke” Deacon, a troubled cop with a shady past that makes all of the other officers weary. When sent to Los Angeles on an evidence pickup, he encounters big-shot detective Jim Baxter (Malek), and gets swept up in a serial killer case reminiscent of the one that ruined Deke’s career and continues to haunt him. Leto, who never meet a creepy role he said “no” to, plays misfit drifter and true crime enthusiast Albert Sparma, who seems to enjoy being their lead suspect.

That’s pretty much the entire gist of The Little Things, which feels like The Bone Collector, Seven, and about a million other movies about intense cops consumed by their cases. Deke is not-so-quietly loathed by his boss (Terry Kinney), who refers to him as “damaged goods”, and we see a picture emerge about the price he’s paid for doing the job, including his spiraling health.

Deke’s years-long obsession is reflected in Baxter. These two are drawn together by their unhealthy commitment to the work. We’ve already seen how it has cost Deke everything, and Baxter, who has a loving wife, family, and a bright future, is on the same path to losing it all.

This is fairly rote material that Hancock is playing with, and the drab, shadowy cinematography is common for the genre.  The only thing elevating it are the actors, and the problem is none of them truly stand out. Denzel is good here in a role that comes easy to him. He shows us the haggard, tired side of Deke and does so with the physical movements that aren’t flashy by any means, but are crucial to fleshing out the character. There’s a moment in the tail end where Deke sees and speaks to the ghosts of the women whose murders he couldn’t solve. It’s a potentially cheesy moment, and I would argue only a handful of actors could make you believe in it the way Denzel does.

Malek works best when he’s playing outcasts, not straight-laced detectives. He’s not bad, but he does get swallowed up by Denzel as so many of his co-stars do. At this point, I’ve grown tired of Leto’s act. He goes overtime trying to convince you that his offbeat performances are top-rate but to me they all look the same. The issue with Leto here is that there is legitimate ambiguity about Sparma and his guilt. He’s a weirdo who loves true crime and has admitted to crimes he didn’t commit, but Leto can’t play down the middle. There’s no subtlety to his performance at all, even when it’s badly needed.

The Little Things doesn’t offer anything new. You mean to tell me that, *gasp*, career detectives are forever dogged by the cases that lacked finality? That they obsess over the details, both in the cases they solve but especially in the ones they don’t? Ultimately, it seems the entire point of The Little Things is to reach a point where one of the characters can use the title in a sentence. To be fair, that part did make me chuckle, but I don’t think that was the intention. 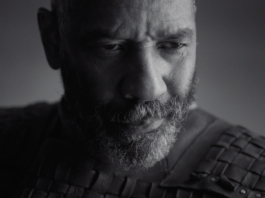 ‘The Tragedy Of Macbeth’: Something Wicked This Way Comes For Denzel... 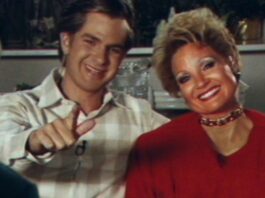 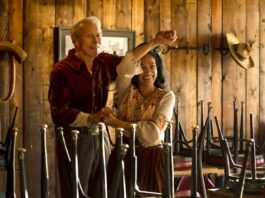