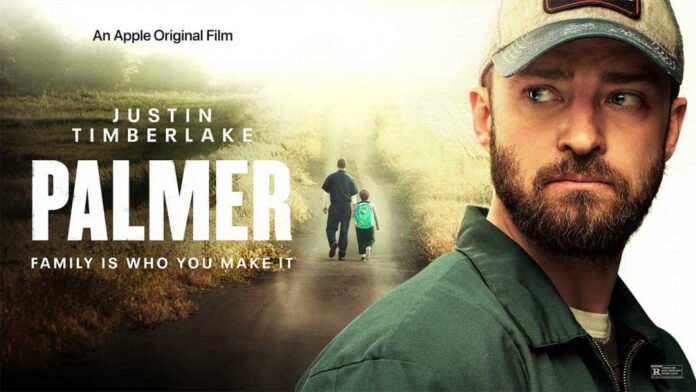 I remember how upset I was back in 2006 when I found out that, on top of all his Pop Superstar accolades, Justin Timberlake was also a pretty compelling film actor. His turn in Alpha Dog certainly wasn’t Oscars material but it did show that Timberlake had more to him then most other singers turned actors. He’s always seemed like one of those guys that all other guys should hate but he is just to damn likable. I was actually surprised and disappointed when his film output dropped to just appearing in a Trolls movie every few years, so it goes without saying that I was immediately intrigued by what Apple TV+’s new film Palmer had to offer. 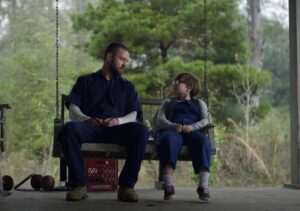 Palmer starts out as something I would think is a uniquely American story, the High School football hero who went down the wrong path returning to his hometown..in this case after a 12 year stint in prison. I suppose really it’s just the details of the story that are uniquely American (high school football, etc) because at the end of the day these stories are all just different takes on the prodigal son returning. Anyway, Eddie Palmer (Timberlake) returns home and through a series of events ends up responsible for a young boy named Sam (Ryder Allen). Sam is different, honestly, had he grown up in a more progressive area in 2020 he wouldn’t have felt so different but this is small town middle America and Sam is bullied relentlessly by kids and adults alike because he prefers perceived “feminine” things, like playing with princesses and wearing makeup. Palmer takes Sam under his wing, protects him from the bullies and tries to save him from the abusive home-life brought on by his mom Shelly’s (Juno Temple) boyfriend Jerry (Dean Winters), Rockwell personified this group is. 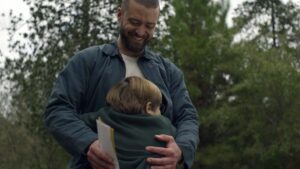 I’m a sucker for stuff like this, I’m putting that on front street so that you know that things that set me off emotionally may be a lighter trigger than some of you. I hate bullies, and any story where someone is being saved from a bully or bullies is one I am primed to cry for. Timberlake is still progressing as an actor, and while he doesn’t exactly fit what I would have seen for this role, he does a fine job in it. He never feels fully tough or grizzled so the impact of seeing him soften for this kid is lessened. While I can’t directly relate to the film’s plot I can imagine this hitting home for a lot of kids out there who may be in a similar situation, as far ahead as we are in our cities the farther out you get the more regressed some thought processes become. It’s troubling to know that a lot of this movie probably rings true for some folks, not that he’s getting bullied by kids…that’s always going to happen in some form. No, it’s the adults that really bug me and that’s where the real catharsis comes from watching this film, I only with Eddie would have taken vengeance on a few more of the beer-bellied bar goer’s who had nothing better to do then to pick on a little kid. Young Ryder Allen, who plays Sam, is surprisingly effective for someone his age. I wouldn’t be surprised to hear more from this kid in the future, the rest of the cast all rounds out on people I was glad to see who delivered performances that were “fine”, nothing wrong, yet nothing remarkable. Juno Temple, is really the queen of playing low-budget trailer queen’s…and I mean that in the best way. June Squibb, who plays Vivian, Eddie’s grandmother with whom he stays is a quintessential grandma…you spend her limited screen time just wanting to hug her.

Fisher Stevens, who I will never separate from his roles in Short Circuit 2 and Hackers, even though he’s had an accomplished directing and producing career, delivers a film that goes exactly where you expect it to and makes you feel exactly as you would assume. Take that as you will, for some people that’s a negative, but for me…well sometimes I appreciate knowing what I’m getting into. At a minimum Palmer should be viewed to bring more light to the base-level bullying that still happens to kids, maybe if we see how stupid these guys look on film we’ll start to realize that’s how we look when we do it.