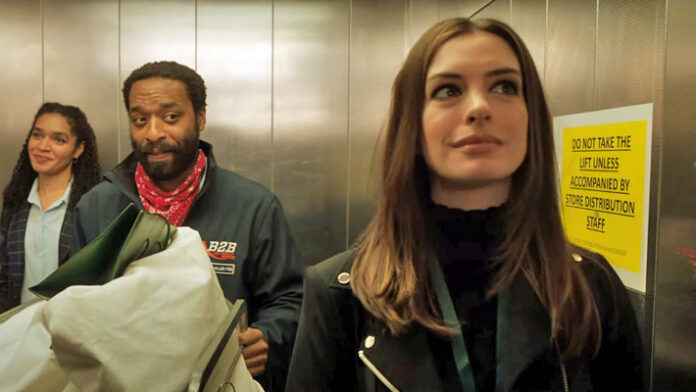 Wow, the turnaround time on Doug Liman’s Locked Down, formerly titled Lockdown, is super impressive. The big draw of the heist film, besides its star-studded cast led by Anne Hathaway and Chiwetel Ejiofor, is that it’s one of the first to incorporate the pandemic into the storyline, while also being shot during lockdown. And considering all of the COVID-19 safety protocols out there, that a trailer is already produced, released, and the film ready to debut in less than two weeks says a lot.

Locked Down, which hits HBO Max on January 14th, stars Hathaway and Ejiofor as Linda and Paxton, a recently-separated couple forced into quarantine together during the pandemic. During this time they hatch a heist a Harrod’s which, if they pull it off, could reignite the spark in their relationship.