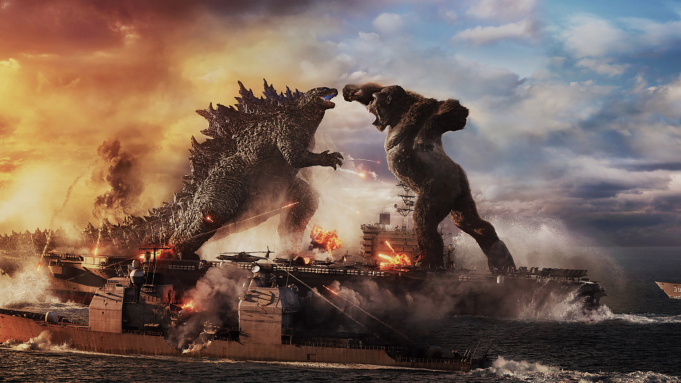 The battle for Titan supremacy is here! The long-awaited trailer for Godzilla vs. Kong has arrived! Legendary’s film arrives, riding a wave of unexpected controversy due to WB’s sudden decision to release its 2021 slate in theaters and HBO Max simultaneously. But honestly, who in the world wants to watch these two screen behemoths clash on their TV and not on the biggest screen possible?

The MonsterVerse sprung to life with 2014’s Godzilla, directed by Gareth Edwards, establishing the monster-tracking government organization Monarch. They returned for 2017’s Kong: Skull Island, and again for an all-out monster battle royale in 2019’s Godzilla: King of the Monsters, a film that underwhelmed at the box office.

So there’s a lot riding on the shoulders of director Adam Wingard, best known for thrillers such as You’re Next and The Guest, to make the most out of this once-in-a-lifetime showdown.  And based on this footage, that’s exactly what he’s going to do. That image of Kong being transported across the oceans is amazing, but it’s nothing compared to when he’s awakened to battle Godzilla, and the fight start off with a right hook to the giant lizard’s mug, followed by a blast of blue atomic fire.