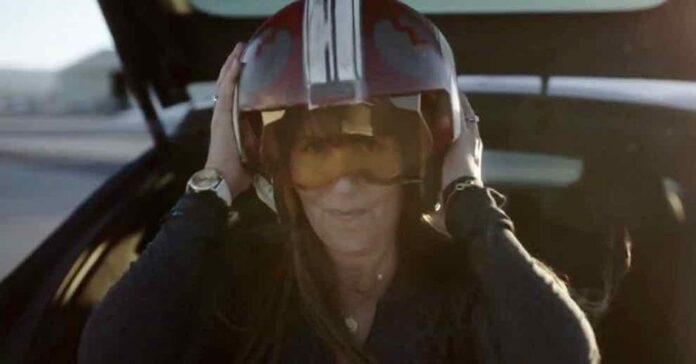 Y’know, it’s been an absolutely insane day of news coming from Disney. This is like three Comic-Cons worth of stuff and we’re not even through a fraction of it. And yet, this is the biggest story of them all, I think. Patty Jenkins is about to become the first woman to ever direct a Star Wars feature. She’ll take the helm of Star Wars: Rogue Squadron, which will hit theaters in Christmas 2023.

We don’t know any plot details but, come on, it’s Rogue Squadron so it’s clearly following the legendary team of Rebel fighter pilots. What more do we need?

In a slick, inspiring, teaser video, Jenkins explains all of the factors that led up to this moment, including being the daughter of a great fighter pilot, and how his death inspired her to make “the greatest fighter pilot movie of all time.”

I can’t do it justice, so just watch the video below. Damn. A helluva way to followup Wonder Woman 1984, eh?