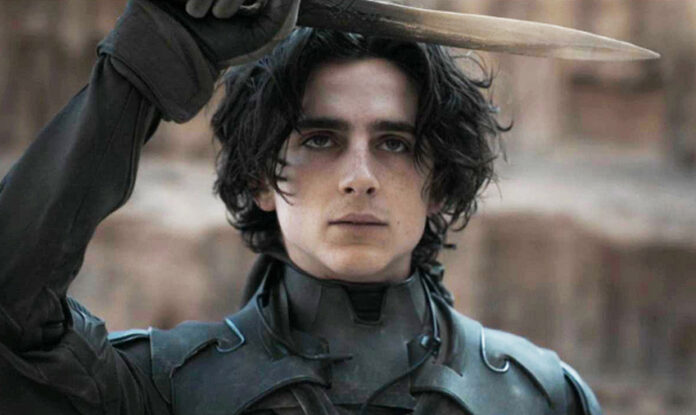 I don’t know if it can made any clearer than this, but the industry will NEVER be the same. Not after this. WarnerMedia has announced that it will release ALL of its Warner Bros. 2021 films simultaneously in theaters and on HBO Max.

Holy shit. I can hear theater owners weeping from here.

Basically, it’s the same plan they set forth for Wonder Woman 1984. Each new film will be on HBO Max for 30 days before leaving and going exclusively to theaters, then ultimately on PVOD. Just think of what this means for the movies that are coming up.

Just to name a few of the blockbusters that will be on HBO Max include Dune, Godzilla vs. Kong, and The Matrix 4. All on HBO Max. Hot damn.

This is gigantic, and the ripple effects will be significant. I expect we’ll get a statement from NATO (National Association of Theatre Owners) before long, and it might be dire. Sure, they’re still getting a piece of the action but this is just the first step of what could be an evolving picture, and they know it.

The complete 2021 slate for WarnerMedia is below, and again, they will all be available on HBO Max day of release.

The Little Things, Judas and the Black Messiah, Tom & Jerry, Godzilla vs. Kong, Mortal Kombat, Those Who Wish Me Dead, The Conjuring: The Devil Made Me Do It, In The Heights, Space Jam: A New Legacy, The Suicide Squad, “Reminiscence,” Malignant, Dune, The Many Saints of Newark, King Richard, Cry Macho, and Matrix 4.