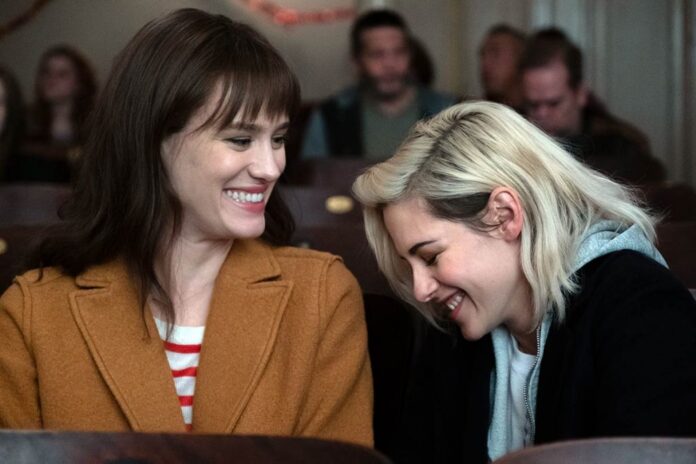 Christmas is the perfect time of year for rom-coms. The awkwardness and tension that comes from family reunions during the holidays plays nicely to matters of the heart. But in virtually all cases these films fall under traditional heterosexual roles, which is something Clea Duvall is looking to change with her new film, Happiest Season, which stars Kristen Stewart and Mackenzie Davis as one Hell of a power couple.

Stewart and Davis play gay couple Abby and Harper, who head to the latter’s home for the holidays. Abby plans a big surprise engagement, until she learns that Harper has yet to come out to her family, throwing everything into question.

Duvall’s second feature follows on her acclaimed debut, The Intervention, which also centered around a lot of group chaos. She not only directs Happiest Season but co-wrote the script with Veep veteran Mary Holland, who also has a role.

SYNOPSIS: Meeting your girlfriend’s family for the first time can be tough. Planning to propose at her family’s annual Christmas dinner – until you realize that they don’t even know she’s gay – is even harder. When Abby (Kristen Stewart) learns that Harper (Mackenzie Davis) has kept their relationship a secret from her family, she begins to question the girlfriend she thought she knew. HAPPIEST SEASON is a holiday romantic comedy that hilariously captures the range of emotions tied to wanting your family’s acceptance, being true to yourself, and trying not to ruin Christmas.