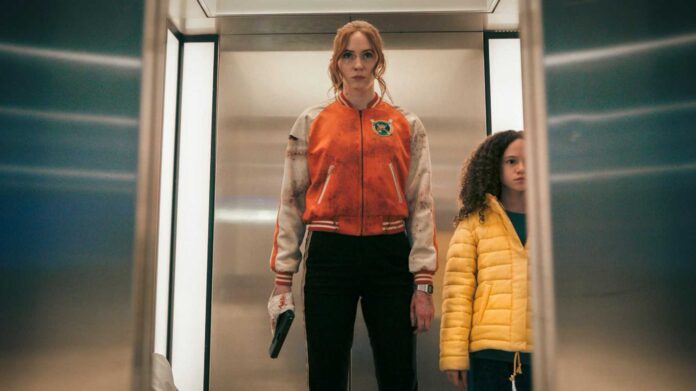 Who’s ready for an action flick led by Karen Gillan, Lena Headey, Angela Bassett, Michelle Yeoh, Carla Gugino, and My Spy‘s Chloe Coleman? Pretty sweet cast, right? Well, then get ready for Gunpowder Milkshake, which we learned about early this year and is now dropping its first images.

Directed by Navot Papushado, whose film Big Bad Wolves became a cult favorite after high praise from Quentin Tarantino, Gunpowder Milkshake follows three generations of female assassins over the course of a single night. Gillan plays Sam, who reunites with her estranged mother to protect an innocent eight-year-old girl from her employers in The Firm. The only chance to do that is a reunion with her mother’s lethal associates, The Librarians.

The images show Gillan alongside Coleman, who plays the young girl Emily. Bassett, Gugino, and Yeoh look pretty badass as The Librarians, too.

Also in the cast are Freya Allen (The Witcher), Paul Giamatti (Billions), and Ralph Ineson (The Witch).

Hopefully this means a trailer is on the way that will reveal a release date. [Empire]