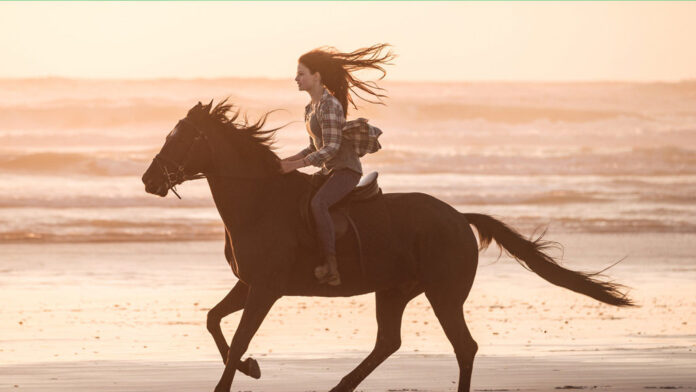 Opening in just a couple of days for Kate Winslet is Ammonite, a drama that could find her eyeing Oscar gold. She has yet another interesting role coming up this month, although one in which she’s only heard but never seen: Disney’s Black Beauty.

Winslet voices the titular horse in the Disney+ movie Black Beauty, based on the cherished novel by Anna Sewell that many young women grew up with. The story follows the friendship that forms between a wild horse and the young girl at the farm to which she’s been sent.  Oh, and the horse talks.

Joining Winslet in the cast are Mackenzie Foy, who starred in Disney’s The Nutcracker and the Four Realms, plus Iain Glen, Claire Forlani, and Calam Lynch. The film is written and directed by Ashley Avis in the biggest project of her career.

SYNOPSIS: This modern day reimagining of Anna Sewell’s timeless classic, follows Black Beauty (Kate Winslet), a wild horse born free in the American West. Rounded up and taken away from her family, Beauty is brought to Birtwick Stables where she meets a spirited teenage girl, Jo Green (Mackenzie Foy). Beauty and Jo forge an unbreakable bond that carries Beauty through the different chapters, challenges, and adventures of her life.