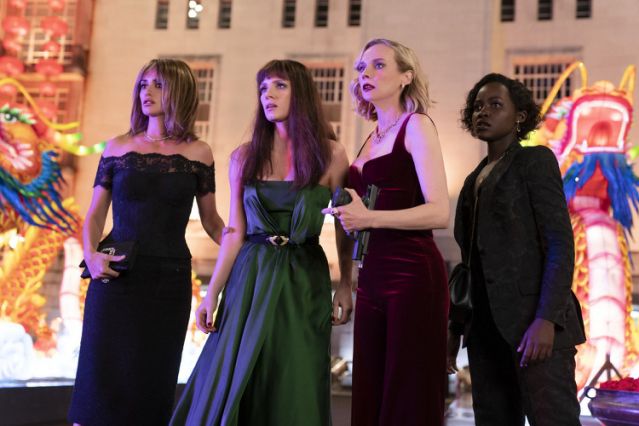 The world of men is in turmoil. Maybe it’s time to let the ladies take over. That’s exactly what happens in The 355, a female-led spy flick featuring the awesome powerhouse cast of Jessica Chastain, Lupita Nyong’o, Fan Bingbing, Penelope Cruz, and Diane Kruger. Yes goddamn please.

Directed by Simon Kinberg, who just worked with Chastain on Dark Phoenix, the film centers on an elite group of international agents who must stop a terrorist organization from unleashing World War III. Set to the backdrop of Jay Z and Rihanna’s “Run this Town”, the film looks like a mix of familiar espionage flicks with a female spin. Cool gadgets evoke a little bit of James Bond, while the big guns and action resemble Mission: Impossible.

What we don’t get from other films that we do see in this trailer is a glimpse at the personal lives of these women. Nyongo’s character, Khadijah, promises her lover she’ll be home the next day by dinner, which seems unlikely. Cruz plays Colombian psychologist Graciela, who has a family at home and wonders if she can go through with the dangerous assignment.

The cast includes Edgar Martinez and Sebastian Stan, with a script by Smash writer/creator Theresa Rebeck.