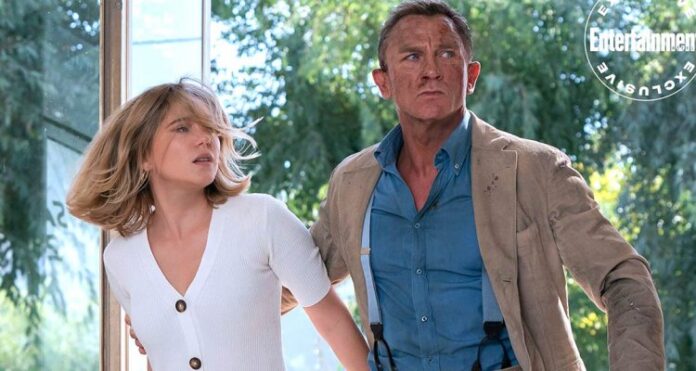 One thing is guaranteed in life: When there is a new James Bond film, some famous musician will provide the theme song. For No Time To Die, five-time Grammy award winner Billie Eilish lends her voice, crooning about lies and betrayal in the new song named after the film.

Draped in black and white, Eilish simply stands in front of an old timey microphone while singing her heart out. After the first verse, we see Daniel Craig’s Bond and Léa Seydoux’s Madeleine look longingly at each other in clips from the film. In the second, Rami Malek’s Safin and his creepy mask lerk in the background, fitting right in with Billie’s macomb aesthetic.

Eilish joins plenty of other music superstars to lend their voices to a Bond film, including Jack White, Adele, Alicia Keys, Paul McCartney, Sam Smith. You can hear how the new song is incorporated into the new film when No Time To Die is released November 20th.