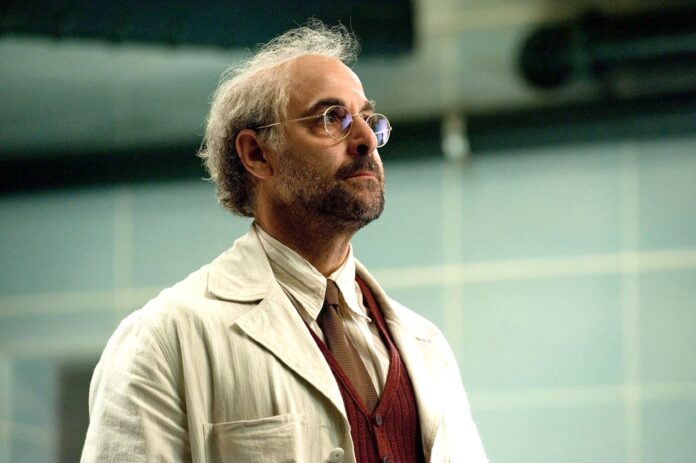 There isn’t a movie out there that can’t be made better by adding Stanley Tucci. And given that he’s joining the cast of Roland Emmerich’s Moonfall, his help might be needed more than ever.

Tucci, along with John Bradley, known for playing Samwell Tarley on Game of Thrones, are the latest additions to Moonfall. They join Halle Berry, Patrick Wilson, and Charlie Plummer in the film about “a mysterious force that knocks the Moon from its orbit around Earth and sends it hurtling on a collision course with life as we know it. With mere weeks before impact, and against all odds, a ragtag team launches an impossible last-ditch mission into space, leaving behind everyone they love and risking everything to land on the lunar surface and save our planet from annihilation.”

You might be wondering where Josh Gad is on this, considering he was among the first to be cast. Sadly, he had to drop out due to scheduling issues.  Bradley will take over his role as KC Houseman, an unkempt genius and the one who discovers the moon has been knocked out of orbit. Hmpf, I’d almost prefer Tucci in that role. Instead, Tucci will play Tom Phillips, a wealthy car salesman married to the ex-wife of Wilson’s character. Berry plays a former NASA astronaut whose last mission may hold the key to what’s going on.

Emmerich has been developing Moonfall for a lot of years, as it was once eyed for a 2018 release. Who knows what any of that means nowadays, though. Time is a flat circle, and we could see the film arrive…well, whenever. Lionsgate has thrown a ton of money at it, though, around $150M, so they must feel we want to see the planet turned into moon dust. Perhaps they’re right.

‘Jolt’ Trailer: Kate Beckinsale Gets Charged Up For Revenge In Her Return To Action Flicks