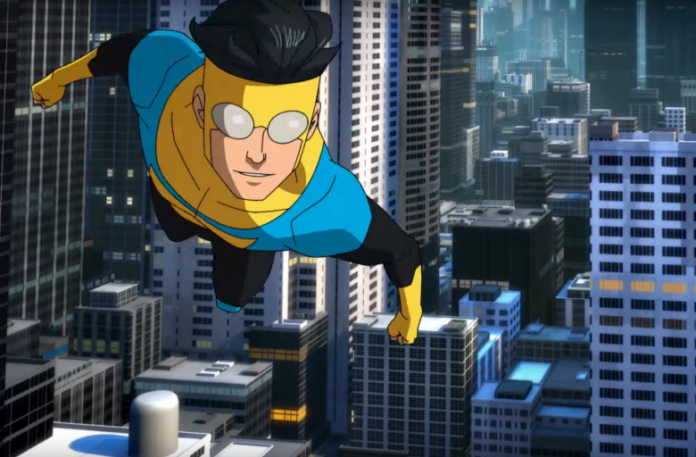 Chances are if you know the name Robert Kirkman it’s for a little thing he created called The Walking Dead. But he also created another popular comic book, this one in the world of superheroes, that Hollywood has been dying to adapt for a lot of years. Invincible has been in the works for a long time in various forms, but it arrives on Amazon Prime next year as an animated series and the first trailer for it is here.

Steven Yeun voices Mark Grayson aka Invincible, and the son of the most powerful hero in the universe, Omni-Man. Mark has inherited his father’s super strength and ability to fly, but when he comes of age and really jumps into becoming his own hero, he struggles to balance it with being a teenager and coping with the truth of his origins.

Seth Rogen and Evan Goldberg are on board as producers, having originally planned to develop it as a feature film. They continue to take popular, cult-ish comics like Preacher and The Boys and adapting them in the ways they’re best suited. Invincible would’ve been cool as a live-action movie but an animated series geared towards adults just feels like the right way to go.