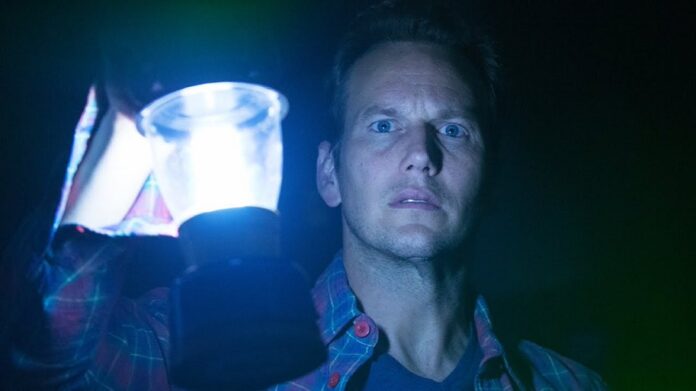 Blumhouse has found remarkable success with micro-budget horrors that earn big at the box office, creating numerous franchises with this formula. One of their longest-running and most lucrative is Insidious, which is not only moving forward on its fifth movie, but it’s bringing back Patrick Wilson who starred in the first two chapters and giving him something new to do.

It was revealed during the inaugural Blumfest (via Deadline) that Insidious: Chapter 5 is happening, and not only will Patrick Wilson return to star, but he’ll make his directorial debut. The script, which will be written by Scott Teems (Halloween Kills) based on a story by franchise co-creator Leigh Whannell, takes place ten years after the events of The Last Key (which was set in 2010) and follows the Lambert clan as their son Dalton heads to college.

Wilson starred in the first two Insidious films alongside Rose Byrne, Ty Simpkins, Whannell, Angus Sampson, and Lin Shaye who continued on with her popular Elise Rainier character. It’s unclear who from the original cast is returning for Chapter 5. Altogether the franchise has earned $542M worldwide.

“I’m honored and thrilled to be at the helm of the next ‘Insidious’ installment, which will provide an amazing chance to unpack everything the Lamberts went through a decade ago, as well as deal with the consequences of their choices,” said Wilson. “Directing the movie is both professionally and personally a full-circle moment for me, and I am extremely grateful to be entrusted in continuing to tell this frightening and haunting story. Into the further we go…”