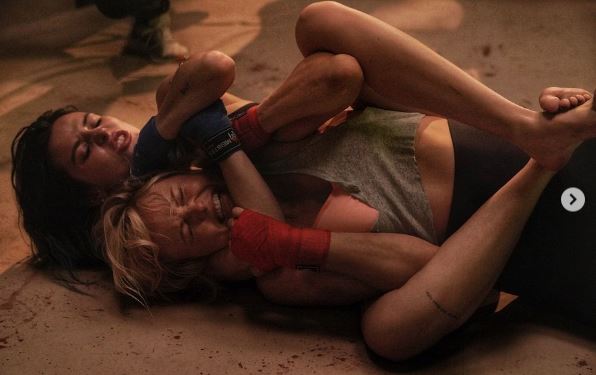 There a lot of really funny ladies in the upcoming comedy, Chick Fight, and they’re ready to slug it out in hopes of making you laugh. The film from director Paul Leyden stars Malin Akerman as the down-on-her-lucky Anna Wyncomb, who begins battling in an underground all-female fight club in hopes of turning her life around. Along the way she discovers a personal connection to it that she never knew.

Leyden is an actor-turned-filmmaker who is probably best-recognized for his role on As the World Turns. He previously helmed the 2014 film Come Back to Me. He’s working from a script by Joseph Downey, who also penned the superhero short Batman: Personal Issues.

Chick Fight hits theaters and digital on November 13th. I’m sorta here for this. Obviously, I’m a huge fan of Thorne and Akerman, but MMA could use a good comedy. Hope this hits all the right spots, pun intended.

SYNOPSIS: When Anna Wyncomb is introduced to an underground, all-female fight club in order to turn the mess of her life around, she discovers she is much more personally connected to the history of the club than she could ever imagine.