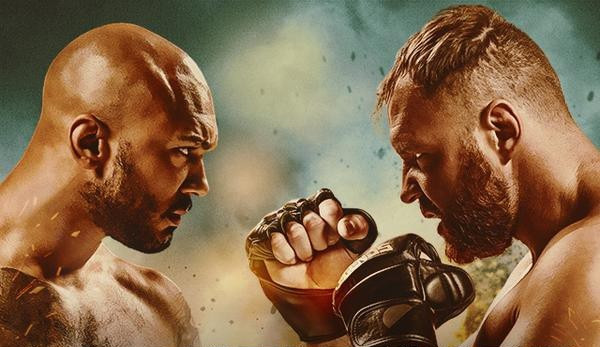 Also featuring MMA superstars Chuck Liddell and Luke Rockhold, along with Gina Gershon, Georgia Bradner, and Elijah Baker, Cagefighter centers on MMA champion Reis Gibbons (Montagnani), who has everything going for him in life. But when he’s talked into a cross-promotional cage match against pro wrestler Randy Stone (Moxley), Reis finds he’s in the fight of a lifetime.

This isn’t Moxley’s first time in front of the camera, either. Back when he was in WWE as Dean Ambrose he starred in 12 Rounds 3: Lockdown and had a small role in another action flick, Countdown.

Written and directed by Jesse Quinones, Cagefighter hits theaters and VOD on October 9th. Since I seem to review all of Moxley’s movies, expect to see the next one in a few days.