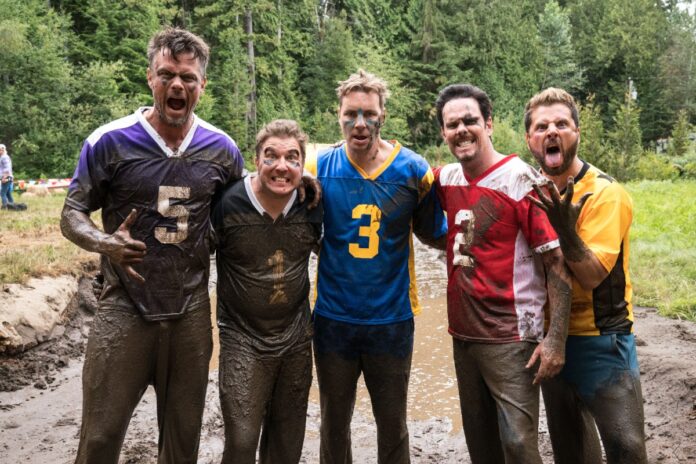 Remember the old Toys R Us jingle? “I don’t wanna grow up, I’m a Toys R Us kid”? Nobody wants to become a boring adult, we want to live the way we did when we were kids, and that’s why some of us continue reading comics, playing video games, and so forth even as we get older. Others keep up the childhood group games they loved well into adulthood, and that’s what Josh Duhamel’s directorial debut, Buddy Games, is all about.

Looking very similar to the recent comedy Tag, the story in Buddy Games follows a group of friends who have a big fight and don’t speak to one another for years. That is until one reunites them for a competition and a $150K cash prize.

SYNOPSIS: Josh Duhamel (Transformers) stars in this wild and hilarious, no-holds-barred comedy. After six lifelong friends have a five year falling out, Bob (Duhamel), aka “The Bobfather”, reunites his pals for the Buddy Games, an insane competition of absurd physical and mental challenges with the chance to win a $150,000 pot. Now all bets are off, as the determined dudes fight, claw, and party for the big bucks in this star-studded bro-fest featuring Dax Shepard (CHiPs), Olivia Munn (Office Christmas Party) and Kevin Dillon (“Entourage”).