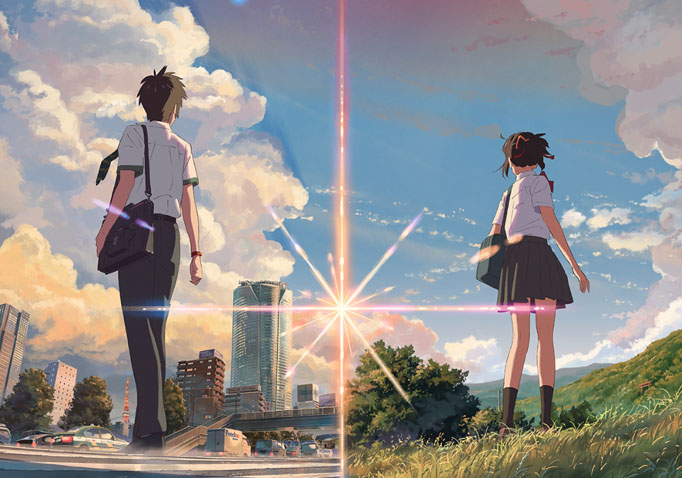 Live-action adaptations of animated Japanese films have proven difficult for American filmmakers to crack. That hasn’t stopped the studios from trying, and JJ Abrams has taken on the huge task of developing a remake of Your Name, Japan’s blockbuster time-travel romance that broke box office records and earned critical acclaim. Abrams went outside of the usual Hollywood system to find his director, naming Lee Isaac Chung whose film Minari was a darling of the Sundance Film Festival earlier this year.

According to Deadline, Chung has been brought on to direct and rewrite the script for Your Name, which centers on two teens who inexplicably begin to swap bodies and must work together to save their endangered worlds.

The original film opened in 2016 and was a massive hit, earning $357M worldwide. $190M of that was in Japan, making it the second highest-grossing animated movie in their history behind Spirited Away and the fourth-largest for them of all-time behind Titanic and Frozen. Pretty good company.

A remake has been in the works since 2017, the year it opened here in the States. To get an idea of how important this movie is, just look at who has already tackled the script. The Big Sick‘s Emily V. Gordon and Arrival‘s Eric Heisserer previously wrote drafts, and now Chung will give it a shot.

Chung’s breakout film Minari, about a Korean-American family trying to claim their piece of the American Dream, was a two-time award winner in the Dramatic category at Sundance. The director’s debut feature, 2007’s Munyurangabo, was shot completely in Rwanda and the first narrative ever in the Kinyarwanda language.