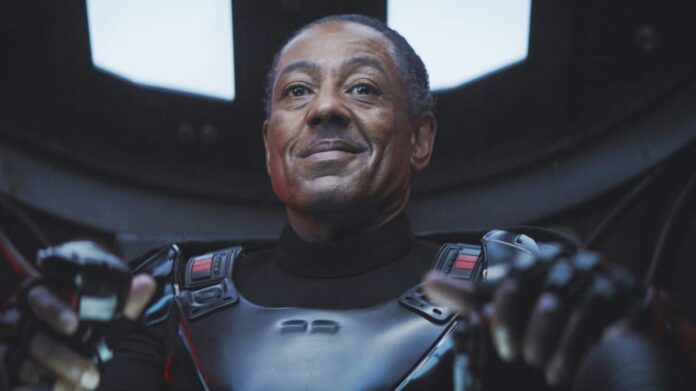 There’s so much packed into the second season of The Mandalorian that, even without revealing hardly any of it, the recent trailer was still full of possibilities. The world for Mando and Baby Yoda is definitely growing, but according to Moff Gideon himself, Giancarlo Esposito, the best is being saved for seasons three and four.

Speaking with People, Esposito pretty much confirms that two more seasons are definitely happening, and suggests that Moff Gideon will be part of them…

“We’re living in a universe that is huge and there’s so much to explore. So I think this show is going to lay the groundwork for the depth and breadth that’s gonna come in Season 3 and Season 4, where you’re really gonna start to get answers.”

While there has been no confirmation of more seasons, Esposito wouldn’t be talking about them if he didn’t know something. We probably shouldn’t be surprised that Jon Favreau and Dave Filoni are already looking ahead. They had season two mapped out and ready to go before the first had finished.