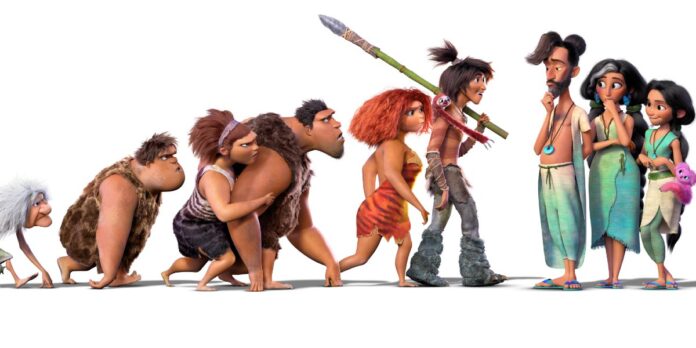 Seven long years after its hit predecessor, The Croods: A New Age is here. It was only days ago that Universal and Dreamworks moved the animated family comedy up from its Christmas date to Thanksgiving, showing they’ve got confidence in both the film and the theatrical landscape, which is still being hit hard by the pandemic.

Nicolas Cage, Emma Stone, Ryan Reynolds, Catherine Keener, Clark Duke, and Cloris Leachman return as the prehistoric Crood clan, who have found an idyllic paradise to settle in. The problem? The Betterman family, voiced by Leslie Mann, Peter Dinklage, and Kelly Marie Tran, are already there an they’re a bit further along on the evolutionary scale.

The film will be directed by Joel Crawford (Trolls Holiday) with a script by Dan Hageman and Kevin Hageman.