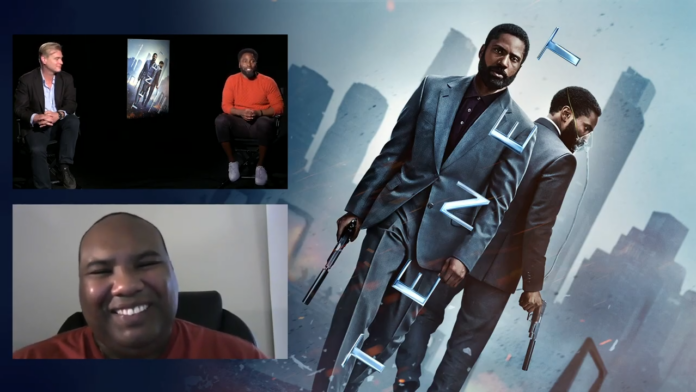 When given the opportunity to talk with Tenet director Christopher Nolan and star John David Washington, one does not pass it up. Nolan’s anticipated blockbuster spy film opens in most markets this week, but due to the continued spread of COVID-19, some major markets are going to have to wait. One of those is New York, and my good friend Wilson Morales of Blackfilmandtv.com needed someone who had seen the film to interview Nolan and Washington.

Who ya gonna call? Me, of course. Who wouldn’t?

Anyway, it was my pleasure to interview Christopher Nolan and John David Washington about Tenet, which many are hoping will be the film that saves an ailing industry. Details on the time-bending film have been kept a mystery for the most part, and I asked Nolan about his ambitious storyline and whether he’s ever concerned about doing something too big. I also talked with Washington about the physical demands he was faced with, the combat sequences (which are really great), and working alongside Robert Pattinson.

You can check out the interview in full below, then find my review of Tenet here.  Thanks again to Wilson Morales for giving me the opportunity to do this. Be sure to check out his site because he does great stuff covering movies every day.

Cinema Royale: ‘Black Adam’ And Why Dwayne Johnson Has Made An Impact On The DCEU