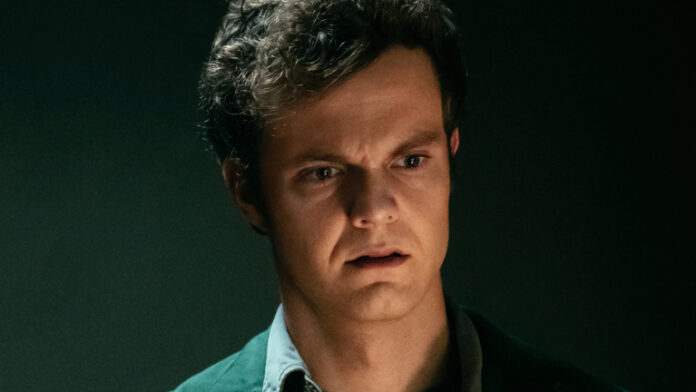 The cast of Scream 5 is bringing back old regulars David Arquette, Courteney Cox, and maybe Neve Campbell, but they’re being matched by a handful of new arrivals. In the Heights actress Melissa Barrera and Jane the Virgin‘s Jenna Ortega were previously announced, and now you can add Wee Hughie..*ahem* Jack Quaid, best known for starring in Amazon series The Boys.

Quaid will move from murderous superheroes to ghost-faced serial killers in Scream 5. Details on his role are being kept secret, which suggests he could possibly be the one under the mask. We’ll just have to wait and see, but I’m glad they’re keeping story details under lock and key.

The son of Dennis Quaid and Meg Ryan, Jack Quaid will be seen next in season 2 of The Boys, which kicks off later this week. He can also be heard right now in the Star Trek animated series, Lower Decks.

Filming on the Scream relaunch begins later this year, directed by Ready or Not duo Matthew Bettinelli-Olpin and Tyler Gillett. If all goes according to plan, it will hit theaters on January 14th 2022, a date only recently set by Paramount. [Variety]